The Guajiro who left a pile of stars

It could have been an accident more, painful as always, but this November 26th, 2002, the hit of a car against a truck in the area known as La Coronela, in Havana, had the aggravating to shut a star’s life when he was on the highest of his musical firmament.

Fernando Borrego Linares, deceased in that collision and known artistically as Polo Montañez, at the age of 47, he was so popular, that his fans didn’t have a specific age and young, adults, elderly and even children echo his song lyrics, saturated with the simple wisdom of the men from the country.

Composer and singer, he took his voice through different countries, like Colombia, (being there 5 times), Portugal, Belgium, Holland, Italy, Mexico, Equator, and Costa Rica.

Polo, despite his short time of an artistic life, became into such a myth, even some believe to see in one of his compositions like a certain premonition of his final fate.

It’s about a song called La última canción, which he expresses ‘…I don’t think that luck, comes to smile at me, after being lived so many years…the last song that comes to my mind must be, I think it must be romantic, a sentimental song that carries so much love, that bathes the heart with tears…’

Carlos Embale and plaque at Valencia Hostal in Old Havana

One of the most wonderful voices of the Cuban musical history, a real cultured of the son and the rumba and its variants, a man with an enviable recording, died alone and sad, even unknown of himself due to his memory loss.

Since 1938, when he won in the Supreme Court of Art, from the CMQ radio station, until his death in this capital on March 12th, 1997, Embale left a loud history because of his ups and downs, he didn’t have the deserved recognition.

Because of his vocal quality, he was seen in many of the big bands of his time, like Septeto Bolero, Neno González’s band, Melodías del 40 and bands like Conjunto Matamoros; with this he did his first recordings for RCA Victor.

Interesting is the recording made in Cuba, 1960, with the Cuban percussionist Mongo Santamaría, for the American record Fantasy, together with Merceditas Valdés, Niño Rivera and others. The LP is called Mongo in Havana Bembé (Our man in Havana)

In 1956 Embale shows up together with Roberto Maza, in four recordings from Panart, with América del 55 Band, three of them singing cha cha.

We have to say that the music studious Odilio Urfé, not only recognized one and again Embale’s talent, in front of the official indifference, he was included in the plans to preserve the historical memory.

So he was included in the First Festival of Cuban Popular Music (1962), he was taken to New York, together with Pello el Afrokán, to perform in a folk music festival, that ended with a presentation at the Carnegie Hall. Besides he was the driving force to revitalize Ignacio Piñeiro Septet and the inclusion of Embale among its singers.

He did several lengthy vinyl records with them and in the movies he appears in the film Nosotros, la música, by Rogelio París, together with Celeste Mendoza and in the documentary La rumba, by Oscar Valdés.

From his authorship, minimum so far, they are the guaguancós A los Embales, A Matanzas, Timbalaye and Oh, humanidad (in co-authorship with Pablo Cano), A San Miguel del Padrón, Rumba de Inesita, La casa de mamita, and others.

The singer made a little trips abroad and complained about the excuse he was given not make it happen: ‘The Septet has too many elderly and any misfortune can happen out there’, and we say, these same members toured the island from  one place to another, and a misfortune couldn’t happen here as well?

At the end of his life, poor and lonely, Embale had a permanent invitation to have breakfast at Hostal Valencia from Old Havana. Today a special remembering reminds the place where the singer used to sit. 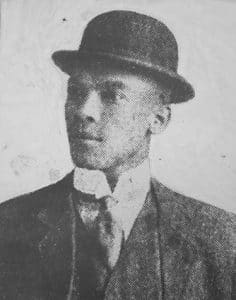 If we were to define so briefly the singer-songwriter Manuel Corona Raimundo, we would label him like the singer of the women and his classical songs include Longina, Mercedes, and Santa Cecilia trilogy, three tops of music.

Corona was born in Caibarién, province of Las Villas and in his first years of youth, he worked as a tobacco grower. At the beginning of the XX century, he went to Santiago de Cuba and established relations with the greatest of the trova like Pepe Sánchez, considered the father of the bolero, Pepe Bandera and Manuelico Delgado.

Mercedes was first sung in Havana by the unforgettable María Teresa Vera, song that belongs to a serie that includes Reverso de Mercedes and Última palabra a Mercedes. This self reply to his creations, it would be done once more time: Yoya and Contestación a Yoya and La rosa negra, that is a copy of Longina.

Corona, also sang as a first voice as a second one and in some of the records, María Teresa invited him to sing.

The song Longina is practically a shield and emblem of his authorship but according to the studies, it wasn’t about a romance even a very well and sincere friendship. Today the mortal remains of the lady lie together with the bard in Caibarién.

The Cuban government in the decade of the 50, gave him a miserable pension and a recognition medal for his work but the musician didn’t attend the ceremony at Palacio Presidencial because a bar was in between on his way there.

He died in the most complete misery, on January 9th, 1950, in a beach hut located behind Jaruquito bar in Marianao beach and a group of Cuban composers was in charge of paying the funeral.