The best Hispano-American “Talent Show” was Cuban: The supreme court of art 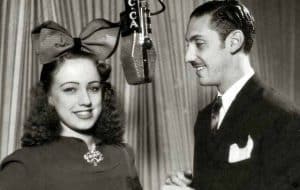 The development of the radio as a mean of communication had its beginning in North America and Europe during the two first decades of the XX century. The first radio stations in The USA broadcasted mainly news without the presence of any publicity, although in 1922 the radial transmissions sponsored by commercial brands began to appear, mainly dedicated to sports, musicals, interviews and…talent scout programs, also known as “talent shows”. Cuba inside the Hispano-American scope had also the most important show of this kind, born in 1937 and led by three brilliant communicators and business men, Ángel Cambó, Miguel Gabriel (both the program managers) and José Antonio Alonso as a master of ceremonies. Daily about a period of 6 years contestants of all ages came and went, including children, singing forms like Spanish zarzuelas and Cuban songs, but above all being afraid of the sound of the bell, signal that indicated that the candidate hadn’t won the audience sympathy, the jury in this case. With the pass of the years, the program as such, called “The Supreme Court of Art” would expand, going from the original CMQ radio station plant to others, sponsored by different commercial brands so in 1956 made the final leap to the TV channel 6, by the way, let’s remember that Cuba was one of the first countries in the American continent to have this technology. We wouldn’t be so exaggerated if we said that the half of the most famous stars that we enjoy along the decades of the 40, 50, 60 and to a lesser extent in the 70 from the XX century came from this talent show, let’s mention Rosita Fornés, Olga Chorens, Rita Montaner, Elena Burke, Xiomara Fernández, Moraima Secada, Tito Gómez and a big etcetera of great names. The program kept active until 1960.

If you like the Talent Shows, there are reasons for it…

When the owners of radio stations and TV networks realized about the economic benefit that these types of shows brought, nobody could stop their making anymore, now focused on a new media, all-powerful and so far unbeatable, the television. The emotional devices that were handled in a naïve way at the beginning, today they have a respectable commercial back up behind the scenes, marketing and communication experts explode the privilege to see the beginning of the artist careers that become loved and admired afterwards. The economical aspect is of a great importance, not only for the minutes of advertisement that advertisers have but certain characteristics shared by programs that have a real base, be talent shows or their cousins, the “reality shows”: their production is really cheap than the traditional programs, so their profit range is huge.

The most popular current talent shows are

As a funny note we’ll tell you that opposite to many people think, “La Voz” wasn’t born in The USA but in Holland in 2010. Barely a year after the American franchise appeared, followed by a real mass of copies in countries so different like Afghanistan, Korea, Cambodia, Argentina, Equator, France and many others reaching more than 50.

What happened in Cuba after The Supreme Court of Art? 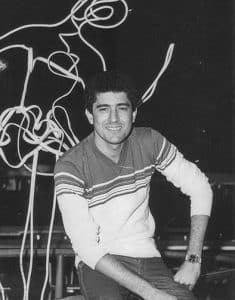 Amid the unremarkable tries of a little artistic importance, the two seasons of “Sonando en Cuba” have been outstanding lately, a scout talent program conceived by Paulo Fernández Gallo, destined for those who defend the different forms of the popular music in its dancing side. If we believe that it has resemblance with foreign shows or on the contrary we’re in the presence of a previously unknown product, it would an issue for another comment, so it’s worth highlighting the work and above all to make the young people known, the most valid and genuine Cuban music. Although we personally prefer, not feeling nostalgia for the past, the time of “Todo el Mundo Canta”, program that brought Cuba to a halt during some of its seasons from 1980, and which Tradicionales de los 50 keeps a special relation because one of the soloist singers of this project, —Sergio Farías—, was awarded in this TV show, with demanding juries and real experts of this matter, people who from their mastery, taught people that singing can be on fashion, but above all, it’ll always be Art.