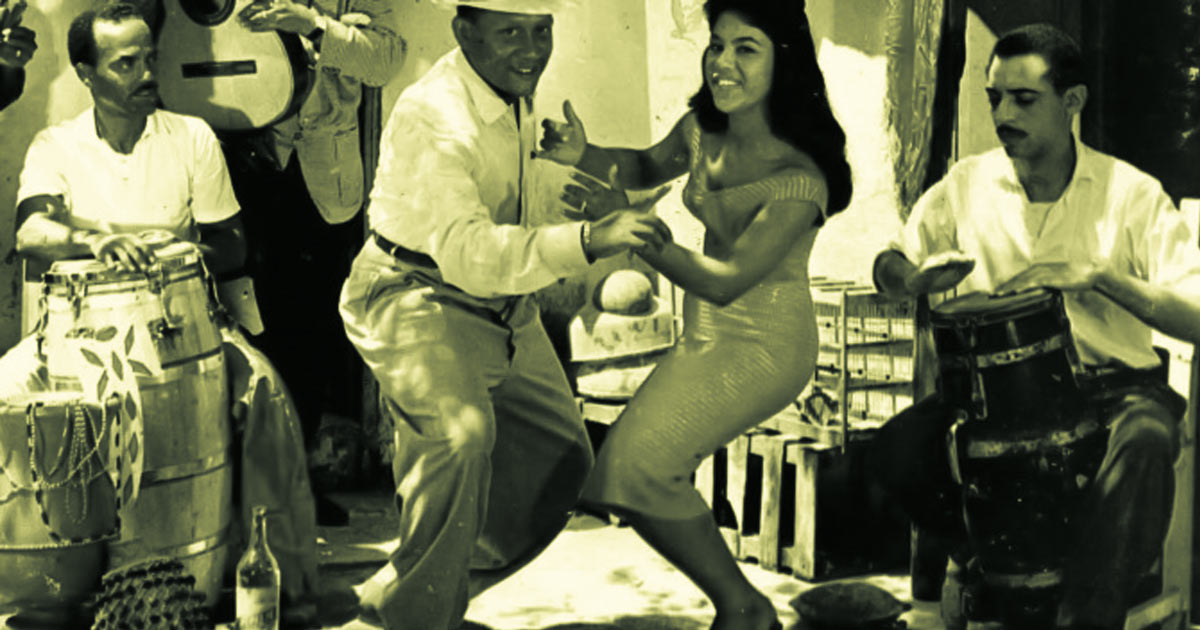 There are artists who became eclipsed by his work. The same has happened with many composers who achieved the popular deep-rooted of their creations, the origin of the same got confused and conceals with other lucks, in such a way that some of them fall into the huge anonymous folk bag, which means if we think right, a subtle paradox.

Of course we all know the popular song Mata Siguaraya (Siguaraya tree), rediscovered by the Cuban people when the salsa man Oscar D’León visited Varadero beach to one of those unforgettable Cuban and international music festivals in 1983 – . In one of his verse, he says:

Of course indeed, it comes to your mind right away…if you’ve visited the Tradicionales de los 50s Show, I’m certain you’ll remember the memorable version that Juana Bacallao makes of this song. If we quiz you now who wrote it? In the certain knowledge, your memory wouldn’t be so sure to define a response… maybe Piñeiro? Don Miguel? A Sonora Matancera band member? Benny himself…? No, you’re wrong, and I can dare to say that only a few will know the right name of its composer. In this article your doubts are going to be cleared up…

We give you a hint, its maker is a through and through rumba man

There are some who place the origins of the rumba in the ancient cultures of Fenicia and Egypt (no doubts, a whole show would have been to see the Pharaoh woman Nefertiti with her trembled hips dancing through a drum bust…), however; there are more who advocate for its birth in Cuba, led to the different dancing and musical expressions, above all the ones that came from the west of that continent. It’s said that the rumba is a combination, integrated by three trends: the yambu and the guaguanco, both from urban origin and the columpia, from a rural one. The lyrics of these three are full of words and expressions such as Africans as Spanish, the basic components of the Cuban nationality.

Here we say that our character is a prolific author of heard and popular guaguancos. The guaguanco isn’t only played; even it’s sung and danced. Its lyrics are a “social chronicle” of the humble people, who lived (and still live) in the barrack yards, that’s the “sung rumba”, by excellency. Our unknown author, achieved to major in all the elements of the guaguanco, not only being the author, even he stood out as a singer, dancer and quinto.

Rumba and guaguanco achieved the highest expression in the cities of Matanzas and Havana. In the capital, Guanabacoa, Regla, Marianao and Centro Habana neighborhoods took all the fame. Right on April 5th, 1919 in the “Modelo” barrack yard located on the streets of San Rafael and Hospital, in the same Cayo Hueso neighborhood, our incognito rumba man was born. He had several jobs, but we can say that he lived from rumba to rumba, with the double advantage to participate in the party and besides to earn a few pesos. Another rumba of his is “Siento que me regaña el corazón”, with its very famous chorus:

Guess now? Not yet?

Gonzalo Asencio and this character is the one I’m talking about. More known as Tío Tom (Uncle Tom), nickname that doesn’t have anything to do with the romantic novel by the American writer from the century XIX Harriet Beecher Stowe. The Tío Tom, folks, was definitely the best and most prolific author that Cuba has given in that popular way of the rumba that’s called guaguanco. we can say without being wrong being told by thousands of Cubans and foreigners who have enjoyed with the old creations of Tío Tom, however, just a few saw or met personally, but, indeed, the close people to his closest circle of friends, made up by rumba lineage musicians.

Son of his circumstances, the Tío couldn’t escape from the fights in which the neighborhood parties ended, there the differences were solved with punches and stubs. However, the most serious problem that Gonzalo Asencio had was because of political issues, he was declared opponent of the President Carlos Prío Socarrás’s government, from 1948 to 1952.

After 1959, Tío Tom’s creating work never stopped, this time in his more social variation, creator of the so called revolutionary guaguanco, with his own compositions of the political effervescence from those times.

The most plagiarized, stripped and imitated 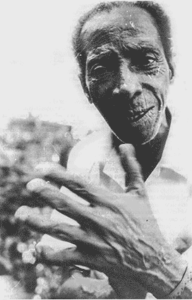 From the popular authors was of course Tío Tom. Numerous are the examples of artists who came to Cuba singing “anonymous” compositions or awarded to a determined author and they came out from the pen of the rumba man from Centro Habana. Besides it was so big the amount of songs made by him, that sometimes he didn’t remember them well, because he not only made guaguancos, even he forayed into other forms, like the speech or traditional songs taken from the African beliefs. However, A Tío’s composition never made remarks to rude words or vulgarity, despite playing songs so delicate like machismo, show off behavior, love affairs or racism.

Closing we propose the most known Tío Tom’s guaguanco, of course, you’ve heard dozens of times, and in the most popular voices from the this Cuban form, from Miguelito Valdés until Celeste Mendoza:

Y por eso digo ahora, ya yo no vuelvo a querer.

Ya yo no vuelvo a querer,

Ya yo no vuelvo a querer,

Ya yo no vuelvo a querer…

(Console yourself like me, I had a love and I lost it…that’s why I say now, I won’t love anymore, no more.

What was good about loving? If you were betrayed like I was