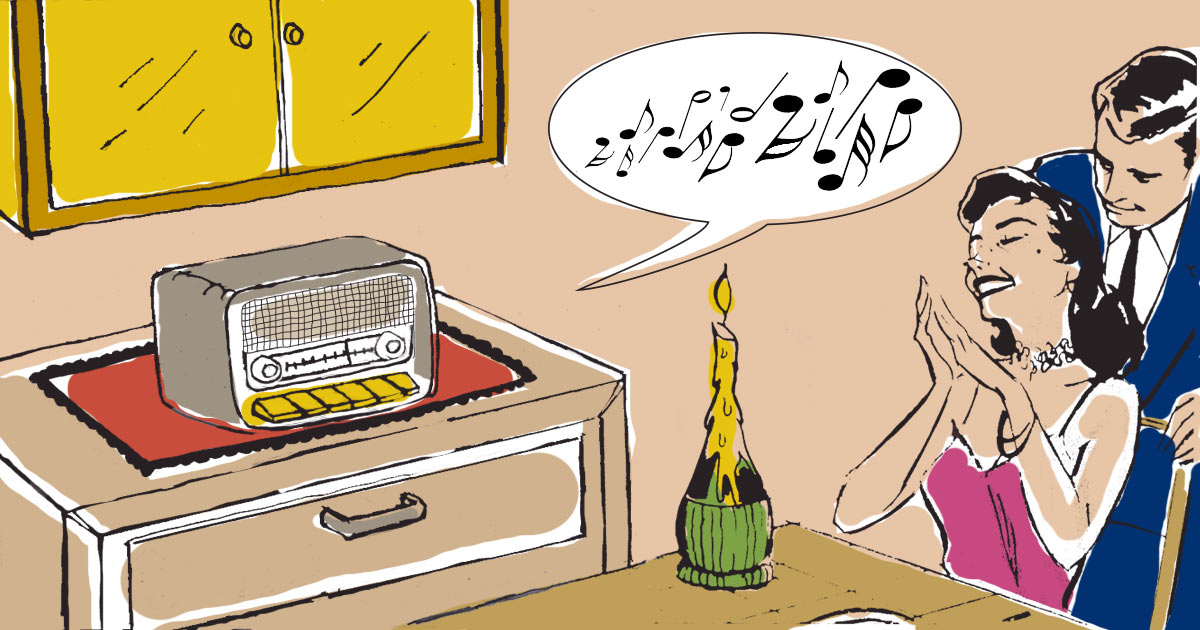 Of course not. Covering in two works the most musical compositions of this decade, not only it would be too trusting even to it would be an injustice with a time featured by the musical richness and the variety of soloists, duets, trios, quartets, bands, that offer their impromptu to a gold stage of the Cuban music.

So what it’s going to be done is a personal selection, limited like all human work, about those who could be the most representative within the national field.

A little later that Sucu suco will win over the disapproval and sung by the Trio Servando Diaz and by the Conjunto Casino band, it’d reach the first positions of the Hit Parade.

Benny, the king of a time

Without doubt among the soloists from the 50, Benny Moré is one who put more successful songs on the dial and in the slot machines of that time. The Barbaro del Ritmo was called with affection, he stood out by singing and sometimes composing, melodies dedicated to cities of the island, and all of them were very popular.

His main source was the composer Ramón Cabrera, who gave to his wonderful voice titles like Guantanamo, Adios a Palma Soriano, Manzanillo, and Santiago de Cuba in the form of montuno sones. Benny More also inspired himself with two titles, Cienfuegos and Santa Isabel de las Lajas, and this last one to clarify the controversy on his place of birth.

His versatility was so huge that the sentimental took also its place: Oh Vida! (Luis Yanez-Rolando Gomez), Como fue (Ernesto Duarte), No me vayas a engañar (Osvaldo Farres), Alma mia (Ricardo Perez Martinez) and from his own  composition invention Amor sin fe and Ahora soy tan feliz. About duets, they’re so unforgettable, the ones he did with Olga Guillot: Tu me sabes comprender by Ricardo Perez, Hoy como ayer, sung together with Fernando Alvarez, La vida es un sueño by Arsenio Rodriguez with Pedro Vargas and Alma mia, Juan Bruno Tarraza’s original with the Venezuelan Alfredo Sadel.

Besides the King, there were Queens

Yes Sir indeed and some of them, but in a selection of selections, before the tyrannical space, I’m in favor of Olga Guillot and Celia Cruz, two characters within the Cuban limelight, each of them of a different style.

The first appealed to the feelings with a voice “de cama” (of bed), since she burst strongly with her interpretation of Mientéme, by the Mexican Chamaco Dominguez. Her entrance to the world of the record, despite being 30 years old already, was so hair-raising like her way of singing and this made possible to win the first Gold Record because of the thousand records sold.

Among the songs he sang and it was one he made a hit are “La gloria eres tu” by Jose Antonio Mendez, “El King”, ¿Cómo fue? by Ernesto Duarte Brito, Quiereme mucho by Gonzalo Roig, Ya que te vas by Ernestina Lecuona and Alvaro Suarez, Vete by Candito Ruiz, Palabras Calladas by Juan Bruno Tarraza and others.

Celia Cruz was a five category cyclone, all rhythm, a very enjoyable woman of the best Cuban style and in those 50s her greatest success was with the Sonora Matancera as a companion band. A rapid list includes compositions like Cao, cao, mani pica’o by Jose Carbo, Baba é by Rogelio Martinez, Mata Siguaraya by Gonzalo Asencio/Lino Frias, Burundanga by the inspiration of Oscar Munoz, Melao de Caña original by Mercedes Pedroso and El Yerbero Moderno by Nestor Mili.

Another male voice that gave that time some shining was Fernando Albuerne and in his string of success are Dos Gardenias by Isolina Carrillo, No puedo ser feliz by Adolfo Guzman and Ya que te vas by Ernestina Lecuona and Alvaro Suarez.

We can’t forget the impact caused on those days the song Plazos traicioneros by Luis Marquetti, a big bolero sung by Celio González and later it was included in his repertoire figures like Vicentico Valdés and Pedro Vargas.