Cuban music and eroticism, so hot you get burned! 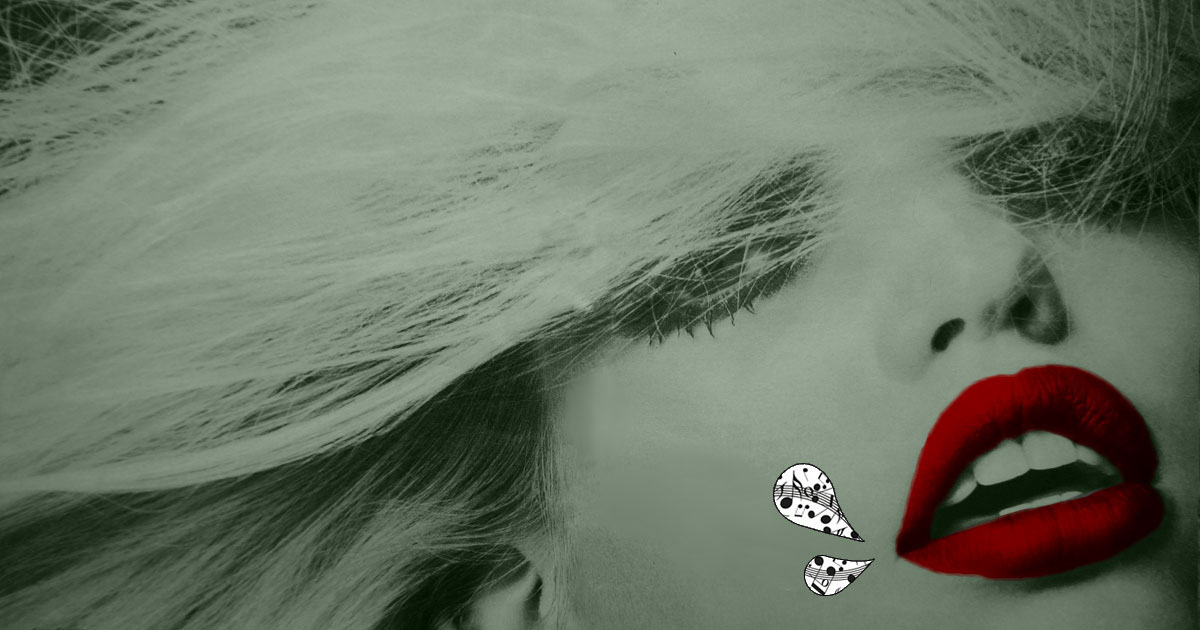 I love above all, her synthesis of the phenomenon when says that the eroticism is the art of giving and receiving pleasure, a sublime part of desire that doesn’t show necessarily, because it’s enough to evoke, I mean, suggest, let the imagination goes away.

Here it’s where in my opinion, the evocative role of the song takes an important part in any of its ways and in the Cuban music it’s given in an intelligent way and the suggesting lyrics of the song, it’s linked to the interpretative force of its exponents and in occasions, above all in the guaracha or the son, it comes supported in the double sense of the text.

Graciela felt “that” if she was said no…

Some refer the origin of the song with eroticism in Cuba to the interpretations that the singer Graciela Péerez used to do, Machito’s half-sister, Ay José, by an unknown author: «Ay José, así no es/ Ay José, hazlo otra vez«” and of Si, sí, no, no: «No me digas que no, porque me da eso…» (Ay Jose, that’s not the way/Ay Jose, do it again. Yes, yes, no, no: Don’t say no to me, because I can get that) with her groans and exclamations of pleasure, beyond the words. Graciela was one of the greatest Cuban singers of all times and her brother Machito, together with her brother in law Mario Bauzá, revolutionized the jazz, merging it with the Cuban rhythms, in The States, where they passed away.

After who could be the pioneer of this way of feeling, it’s La Lupe, who the Cuban writer Guillermo Cabrera Infante qualified, assuming the title of one of her songs, as a woman with «the evil in her body and an angel in her voice». Songs that made her so successful and took her to the highest position of the popular preference, like happened afterwards during her residence in America.

The music studious Raul Martinez Rodriguez, in his book Para el alma divertir, reviews her performances when she acted in the club La Red, on 19th and L Streets, Vedado: «La Lupe used to sing and acted excessively, shouting, crying, biting her hands, saying four letter words to the public, scratching her face, taking off her shoes with the ones she used to hit Homero, her resigned piano player».

Many songs were that identified her in those years, from No me quieras así by Facundo Rivero, known popularly as La pared, going through Con el Diablo en el cuerpo by Julio Gutierrez, Crazy love by Paul Anka, Alone by Silma Grafo or Fever by Bavempor-Cooley, just to mention some.

“La Yiyi”, as she was called, never let behind her way of being, like she was enjoying some orgasms with this universal moan that labels her joy with her uncontrollable «Ay, ay…» Let’s her singing any of Fever verses, like the one that says: You give me fever /When you kiss me/ Fever when you hold me tight/ Fever in the morning/ And fever all through the night. It’s like saying jocularly, feeling more disturbing than ever.

It turned out paradoxical that after singing in that way, La Lupe has denied that way of making a product of some of her personal problems that took her to worship the evangelical religion, by her partners and also famous singers Blanca Rosa Gil and Xiomara Alfaro.

Another example of this interpretative way is Olga Guillot who at singing, according to her own words, said: «If I tremble and sigh, all that comes from my own soul, it’s a hurricane echo that has passed inside of me. Believe me…» just like Mienteme by the Mexican Chamaco Dominguez, with the one she won her first Golden Record, it trembles and makes us trembled when she sings «Lie to me more that your evil makes me happy» and no less in the «You used to get me into those things/you taught me they’re wonderful» or «You’ll remember me in the secret hours of your sensuality» by the Cuban composer Frank Dominguez.

“Son” and Love are made gently

In the “sones” and guarachas the sexual sense is drawn with a major clarity, from the popular Cuban codes. «Gently is the way I like more» (expression that refers to the way of dancing the “son” but also the way you make love), by Ignacio Piñeiro, sung by the Septeto Habanero, «Ponme la mano aqui, Macorina» (put your hand right here, Macorina) Where is it said to Macorina to put her hand on? «Si me pides el pesca’o te lo doy» (If I’m asked for my “fish” I give it to you), by Eliseo Grenet (fish equals sex); El fotingo de Caridad, a hit sung by Pedrito Calvo, (Caridad’s buttocks), in this case, fotingo equals buttocks; or that guaracha by Ritmo Oriental band that said «La negra no quiere que le monten la guagua por detrás» (the black woman doesn’t like to be boarded in the back), it equals to have anal sexual relations.

Ñico Saquito, the great guarachero, bequeathed us a funny animal fable with a lot of cunning and with a double meaning Cuidadito Compay Gallo: «Thank Goodness I spoke, otherwise, Rufino the rooster catches me», this was put in the beak of a parrot, in an angry way it fought back before the wrong sexual attack of a rooster, taking the parrot as a hen. You don’t have to say this guaracha was a complete hit in the country.

Emblematic was also Faustino Oramas from XX century, also known as The Guayabero with his peculiar way of guarachear his catchy songs like A mi me gusta que baile Marieta with well strung double meaning complete lines or his famous song La yuca de Casimiro (Casimiro’s yucca), where a comparison is done between the yucca and the penis.

La Ruñidera can’t be missing, by Nacho Sanabria and his personal remarks: «Tiene mi son, un bamboleo/de una manera sin par/ Cuando me pongo a bailar todos dicen a la vez/ Que ruñidera mamá, que ruñidera/ rúñeme mamá…rúñeme». (My “son” has a swaying/ of an unrivalled way/ when I dance, everybody says at the same time/ What an argument babe, what an argument/ argue with me babe…argue with me)

Now a young talent forays on those ways. We are talking about Tony Ávila and his La choza de Chacho y Chicha, with his pun of «A Chacho le gusta la choza de Chicha» (Chacho likes Chicha’s hut). Arising out of the repetition of the mentioned chorus, one confuses the word choza with chocha (hut is confused with kunt talking in the Cuban sense), word that defines the female genitals in the popular slang.

The topic never ends; our tropical country has in its boiling blood all the eroticism of the amalgamated tropic in this melting pot of races that represent the African and the Spanish.