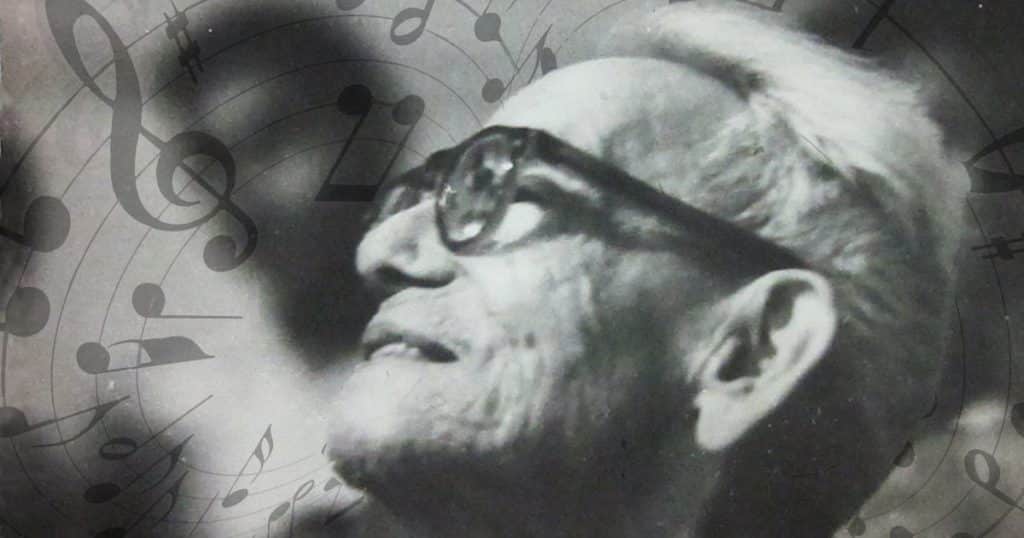 Without studying music, he’s one of the greatest composers from the end of the XIX century and half of the XX, admired by national and overseas composers.

Sindo Garay, one of the most prolific Cuban authors, who learned to read after being 16 and practically he didn’t study music, he was one of the most admired men by great Cuban musicians and foreign as well.

His father used to take him to see the zarzuela and operas in Santiago de Cuba and learned a little guitar with Pepe Sánchez, the troubadour considered as the first author of the known Cuban bolero.

The lyric singer Carmela de Leon wrote that Sindo ‘was above all a composer of songs and boleros, but forayed into the lied so happily, like Mendelssohn or Schubert could do it’: there his Germania and Guarina number 2 are there to bear witness.

A nature bohemian, the singer-songwriter never wanted to study and at the age of 16, and because of the need of learning, he proposed himself to learn how to read in a very personal way: he asked his friends to be told what letters and vowels appeared in some words in the newspaper, and later he copied them to make them his.

Antonio Gumersindo Garay Garcia (1867-1968), the first foreigner who surprised the German piano player German Michaelsen, who lived in Santiago de Cuba, showing him his Germania work, with a harmonic preparation that surprised the guest of honor who said that it reminded him the musical air of his land. This happened in 1888.

Besides his talent as a composer, other things that made him outstanding were his voice. On the contrary said by the theory that Sindo had an excellent baritone voice in spite of being so short and skinny.

The performer, together with his son Guarionex, sang making the second voice in one of the duets considered among the greatest of all times.

Going out on the town with Brindis de Salas

In a carnival in Santiago de Cuba, Sindo Garay and two more friends, disguised as women, singing a rumba, saw a tall black man, who looks at them with charm and joined the group really fast.

Strolling up and down Trocha Street, the man finally identified himself as Claudio José Domingo Brindis de Salas, the world famous Cuban violinist.

When the carnival parties ended, the friendship between the men was deeper and even he got to play in a duet with the just known man.

Sindo stated that the chords and melodic tones that he gave his guitar caused a great amazement to the renowned violinist.

With Brindis de Salas, the troubadour attended to the representations of an Italian opera company and became a friend of the singers and dancers who sightsaw the streets of Santiago in the early morning.

Garay used to tell that a tone he made for his relative Ursula Coimbra was taught his visitors who began to hum it and took it to their country.

Later he heard the tone again but it looked like taken out of the Russian folklore under the title of Ojos Negros. ‘I never inscribed my works and things like this happened, the ones I never gave credit’, Sindo said.

Praises for the bard 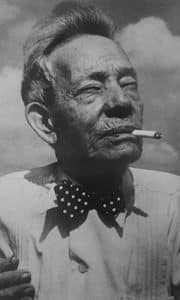 One afternoon, Sindo was at Anselmo Lopez editorial of music, located in Old Havana, and was with some important musicians while he was putting the chords to a song so a piano player named Carmela transcribe it.

Jose Martin Varona and Pepe Mauri, well known at that time, couldn’t hide their admiration before that composition and even though knowing that his composer didn’t know anything about musical theory. Another one who was present was Eduardo Sanchez de Fuente, who said that didn’t know a thing about music not even knew the stave.

In 1950 the notable guitar player Andres Segovia said about the singer: ‘this man is never wrong playing a low tone. He harmonizes well and he’s doing so well with so tiny hands!’

We have to add the praise made by the composer Manuel M. Ponce, who wondered with a spirit almost wild who could be so wonderful and the famous Italian tenor Enrico Caruso, when he heard him playing and singing in a duet with Guarionex, he said: Exoticism! Exoticism!

Sindo Garay’s work is huge, in 1945, 86 of his Works were recorded, where he and his sons sing together, accompany with a guitar, the ones are under the care of Popular Music Seminar from the Ministry of Culture.