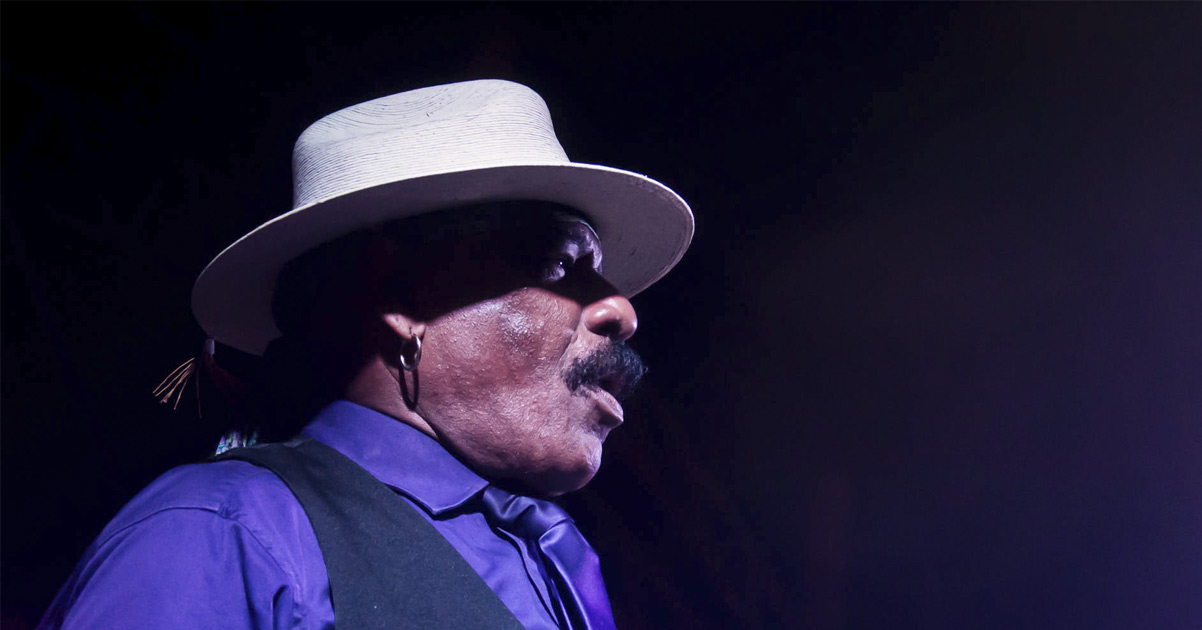 Pedro Calvo and the “sandunga”

He loves waking up every day, runs to be trained, dances, laughs as if it depends on it (Who could say the otherwise?), celebrates his decades in the land which saw him  being born, and thanks his call of natural man, simple and sincere to who helped him to become  a singer, musician, composer and specially sandunguero. Life itself has made him justice, his own band and above all, the Cuban people. Pedrito Calvo knows about it and he loves who loves him. And there are plenty.

2016 embraced this popular “charanguero”, enduring voice from Van Van band for 30 years and director of his own band La Nueva Justicia today (The New Justice Band), devoted himself with all his artistic fulfillment in the promotion throughout the country of his new dancing CD “Que Humanidad”, subscribed by EGREM, after bearing the burden the successful presentation, last January, together with Karamba, the Cuban Latin pop rock band in the Hay Festival, in Cartagena, Colombia, where the press qualified him like “The badge of a legendary style of the Cuban music”.

There was in the ancient the Aduana Square (Customs Square), in the same Historical Center of the city, vallenato, cumbia and emblematic vanvanero songs among these “Se acabó”, “Para que tú lo bailes”. “El negro está cocinando” and some others that he sang in Juan Formell band. Before the event, Jorge Luis Robaina, Karamba director, had said to RCN Radio: we’re starting from this world new song, a link between Pedrito Calvo and us; because the real truth is that this is the first time that it’s happening on a stage level. It’s going to be a very motivating concert, very energetic. It’s going to be all that, the popular and the huge that has been with Pedrito along. And reality made him to be right.

But not even the fame that to him you need to live it naturally like eating or sleeping, or plenty of women who he’s loved his 21 sons, his great proud, made him forget when he came into the world in 1941, “the haunted town”, as his hometown Guanabacoa was baptized because of the obeah practices, the babalawos and the roll of drums that live there. Singing with his soul as a kid (how come not feeling it, having a housewife mom so in tune), although being a cobbler as a need, he went to the prestigious radio contest La Corte Suprema del Arte in 1957 (The Court Supreme of Art).

He was in other programs until being taken in his band, his father, violinist, Pedrito Calvo, in 1960. The “old man” needed a leading voice in his group and who knows if he suddenly said: Shit, my son is a singer. His professional life began from there, this singer of a sandy tone, some say, acute, others, that after drawing on the rhythms from the Riviera, by Elio Revé, Jovenes del Feeling, Julio Valdés band, Ritmo Oriental band, he comes to give a peculiar style, never forgotten by the audience to the so called “tren de la música cubana” (The Cuban Music Train), Los Van Van, by Juan Formell.