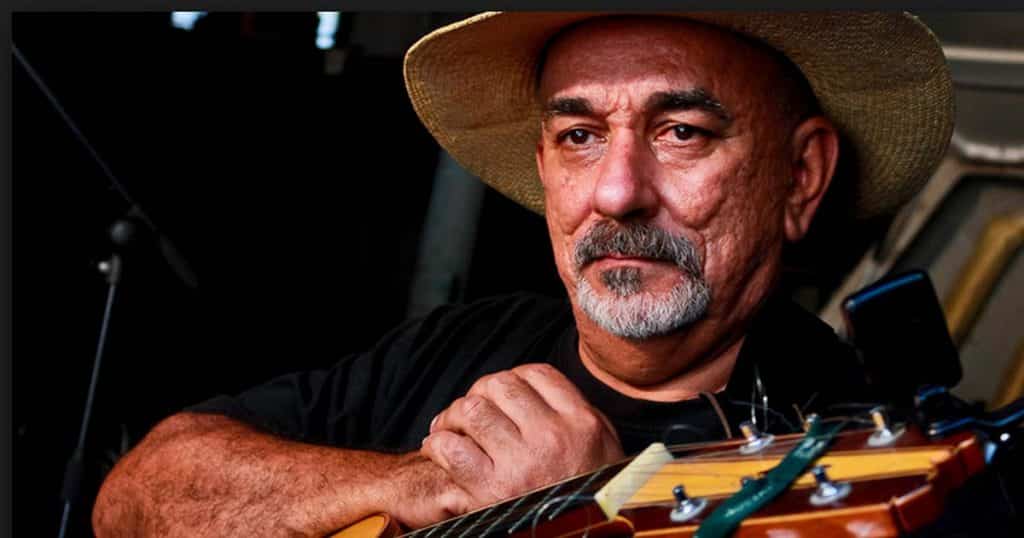 “The problem is that you have to make the people, the main characters. Not the audience”

“You have to become people into accomplice. Let the people know that they’re part of the concert. What we have to accomplish is the people put a big catchy eye on the band to make an impact and remains in the memory in that little moment”. He quoted in an interview a long time ago and he keeps being the challenge when it goes among the dancers of this island and overseas who witness how the son is raised to a bigger art, among these, the most recent ones The United States and Holland, where he showed off in Amsterdam with the Nederlands Blazers Ensemble and the Cuban singer Yusa Mar.

After graduating in 1971 as a teacher (some had him on the lead of Physics and Chemistry classes) at Havana University and then to finish studies of music at Ignacio Cervantes school of music, majoring in classic guitar, this born sonero, was born in the western area of Güira de Melena on April 22nd, 1950, under the influences of the Trova, the Afrocuban roots, the bachata and other Latin-American traditional musical trends, from the jazz, the pop, the symphonic rock and different forms named cults, today it goes through the ways of the Cuban music with the “Cabildo of the Son”,  septet he runs.

From the first tres to the founder of Manguaré

When he shows on the stages, that artist of singular and spontaneous charm, maybe inherited from his roots in the Cuban countryside, that child born in Güira de Melena village in 1950 had to be remembered, whose mother, a housewife and his father, a charcoal street vendor, was registered as Francisco Leonel Amat Rodríguez so the world called him simply, Pancho. The one who was caught by the musical programs that accompanied the daily household chores of his mother, who realized the child’s dazzling performance, he was given a modest can and a spoon with full pleasure, to try to invent the first sounds although he made his mother’s eardrums explode. Luckily, that’s the way it can be called, it came to the boy’s hands made in a Tres, like a pay back from a client to his father due to some money debt contracted with the family business. This would be the instrument that put him on the art way.

There are moments in life that similar more to a tornado than a calmed sea.

In one of its whirlwind Pancho Amat fell into until to integrate the Manguaré band in 1971 who founded in the last year of his career ran for 17 years after being drawn on the indigenous way of making music in some Latin-American countries. He came to Cuba to rehearse the rhythmic chords of the quena, the charango, the legüero bombo and the cuatro venezolano together with other typical instruments from the region, time characterized by the Cuban song interpretation, the one with the social content and the son. After the purest influences of the creole music came with an emphasis on the rumba and the Afrocuban elements.

Multiple influences, as a base, the Cuban classics. 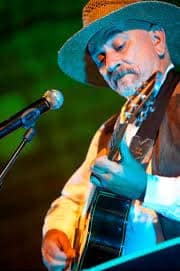 Pancho Amat, the absolute owner of the tres, who has given it national identity borders, son lover, the trova and attentive to the dancer’s cunning, he took from the beginning experiences of the best musicians like Félix Chapotín, Miguelito Cuní, Carlos Embale, Tata Güines or Richard Egües. When he’s remembered his work through a career, so hard to him, but never improbable, he speaks about his interchanges with Silvio Rodríguez and Pablo Milanés: “from there my training is so eclectic: the trova, the musicians of a basis training and those with a great technical mastery”, and the advice found in the well-known piano player, Frank Fernández and the director and violinist of the Aragón band, Rafael Lay, who he thanks for his training in harmony without leaving apart those who contributed and led him to success, shared on stages with Oscar D’ León, Joaquín Sabina, Cesaria Évora, Andy Montañez and other famous people.

The “Rápido de Güira de Melena”, 2010 Music Award in Cuba and prizewinner extensively, assures when he’s interviewed, having learned a lot from the dancer’s psychology in Adalberto Álvarez’s band, where he was from 1988 to 1995 and finally to create his own band, known as Cabildo del Son nowadays. Who remains quiet when he’s seen and (heard) to tear up the strings of his tres with a feline’s skills at a time that he smiles so sure and serene, that only the talented ones can give to the audience?

His skillful performance on stage in all the continents awakens the most enthusiastic applauses and the piled up recordings is a firm support of a solid work with records that shape the virtuous performance of the biggest tresero from Cuba, among them “Son por Tres” (1995), National Award of the specializing Critic in Cubadisco, the Record Industry Fair on the island, “De San Antonio a Maisí”, his second solo album, a route through the different traditional forms from the bolero and son montuno to the Afrocuban music, “Llegó el tresero” (2007), “Yo traigo un son” (2008), “Mis raíces” (2010), Cubadisco The Greatest Award, “Herencias. Pancho Amat” (2014), “Haciendo son en otro jazz” (2015).

He’s announcing to his friends and fans, another large record that would tribute the band of Changüí Guantánamo for their 70 years of foundation: “Now, get ready for the surprises because the album will show how the Changüí has gone beyond the borders of his hometown Guantánamo and has followers in all the country even overseas, besides, also foray into the loud world of chorus and the symphony orchestra, and I will say no more because then there won’t be surprise. This is only to make your mouth water…” he published in the social networks.

It’s true, whoever makes his mouth water when “El rápido de Güira de Melena” tears up the tres to play a son, a rumba…any of these rapid rhythms that nobody is better than him and after that the “cum-bacachum-bapa-qui-tinpu pum”. That’s real Cuban.

*tres: musical instrument very alike to guitar but only with three strings.