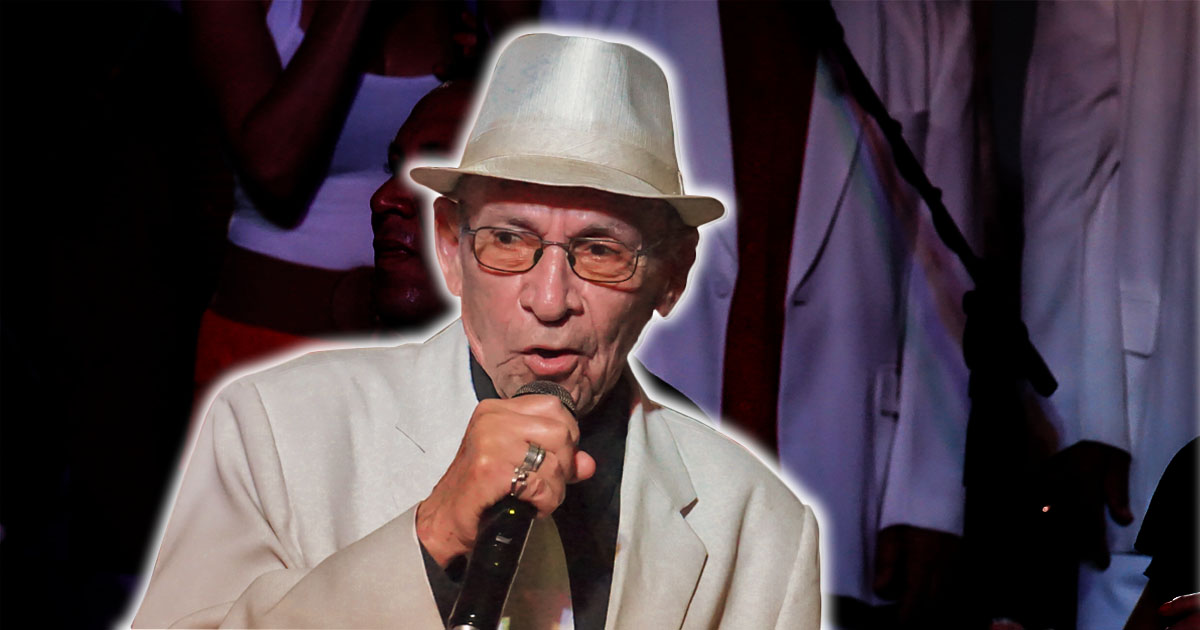 Orestes Macías: The bolero and other nostalgia

It’s a wonderful afternoon at the beginning of May and in his humble apartment of Vapor Street, just a few meters from Infanta, we found Orestes Macías. At his 82, this bolero living legend in Cuba, keeps the shine of his eyes, the desire of living and keep on singing. After 67 years of an artistic career, his voice constitutes a heritage that goes beyond the borders of this island, taking account that he’s presented in more than 25 countries and some of his recordings are well-known abroad.

This common artist who has defended with his interpretation more than 400 songs, is a part of the popular memory for some reasons among the ones we can mention his participation with Rumbavana band, a band he worked for some decades with, becoming multiple songs into hits. Being together with him gave us the chance to talk about some transcendental moments of the Cuban music. Inspired by the sympathy that he’s used to having, questions began.

What childhood memories do you keep from Bejucal?

I was born in Bejucal in 1934 and I was studying music, mainly the requinto, I was about 9 or 10 years old when I took part in the municipal band of this village.

How did you win through in the show business when you and your family arrived in Havana in the last 40s?

The first I did when I came to Havana was presenting in a singing contest along with a friend, who promoted Pumarejo, who was the owner of CMQ by then, the contest was called Buscando Estrellas (Looking for stars), finally I won the prize, singing a Mexican song called El jinete (The rider).

What happens with your artistic career after that episode?

After 1950, I was in the Vas-Cané band, together with musicians who came from the Sonora Matancera band. I was for a while there, until I had the privilege to go into Arcaño y sus maravillas band (Arcaño and his wonders band), in this band I was so lucky to share with prominent musicians like Orestes “Cachao” López and Félix Reina. In the half of the 50s I was in Hermanos Castro band, and I finished working as a singer of the Casino band at the same time.

Well I think what comes next is Rumbavana, a very important chapter of your life

A great truth, in Rumbavana he spent the greatest part of my history as a singer, there I was in 1958, and recording “Vanidad” with them, I think I was in heaven. The 60s were wonderful, of a great romanticism and in the 70s I was lucky to work with this band which I consider like the “Golden Age” of popular music bands in Cuba. The experiences were out of this world with Rumbavana, above all the ones that had to do with many tours abroad. 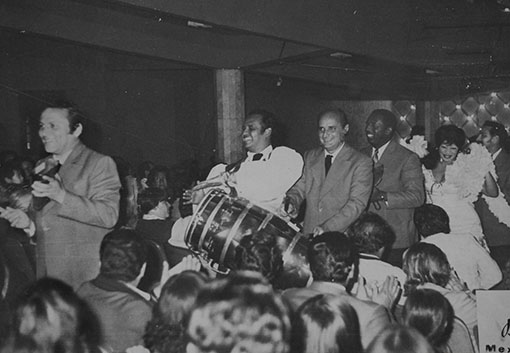 Orestes Macías was one of leading voices of Rumbavana band

When did you realize that the bolero was your passion?

I think that was born with me, although I’ve sung everything, the bolero is my passion, where I feel happy and besides I identify with it in front of a very diverse audience. Among I prefer: Ojos y labios by Carlos Gómez, Vanidad by Alberto Molmagran and Tuve un amor by Joaquín Mendive.

What’s happened with you and the song “Boda Negra”?

Well, that’s another story, Boda Negra was recorded by chance, to pad it out, and since I recorded it, became in a compelled song in all my presentations.

What Cuban musicians were you involved with? Who did you admire more?

I admire most of all Joseíto González, the director of Rumbavana, he was like my father, and he died very young at the age of 56, he represented all in the band, he stood out for his imagination and the confidence he had on the Cuban typical rhythms. Particularly, he taught me to have patience, that life’s short and you have to enjoy as much as possible.

I’ve understood that you had the chance to be friend of Benny Moré and Bola de Nieve (Ignacio Villa), what can you tell about them?

Well I’ll tell you an anecdote of each one. Now I remember the time when I used to sing at the Bolero club, located on Infanta and Maloja, Benny used to go to see singing every night, he used to tell me that I sang very well, but please not to drink, a great paradox, because drinking ended his life.

Bola de Nieve was also a spectacular person, when I was about to begin to sing at Sierra, he told me: «You have to tailor two suits: a grey and a black one, to combine, today you wear black, tomorrow the grey one, the day past tomorrow black and grey and like that…», he bought them to me, he had a great kindness and gave me a lot of advices. 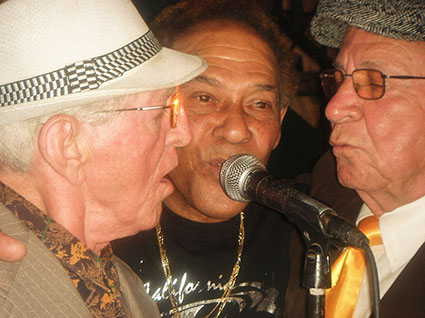 I also know that you have a close relation with Cesar “Puppy” Pedroso, well-known Cuban composer and pianist, one of the pillars of Juan Formell’s Van Van band, tell me something about this musician.

Puppy is my pal, my pal!!! I’m convinced that Formell and he represented the heart of Van Van; all their songs were “palos” (hits). His main quality as a musician is honesty; there are a few band directors that are so honest in all the ways, that’s why the musicians are faithful to him.

Tell me a little bit about the trips, the tours

Well, specially, I keep an intense memory of the first trip to Peru with Rumbavana, besides having a great success, at that time we were taken to the ruins of Machu Picchu on a military plane and it was an amazing experience.

Another thing that has called my attention was when we presented in countries of well different cultures to ours like Denmark, Sweden, Finland, is appreciating how the people from those places get excited, although they don’t get what we are singing, the rhythm of the music and dance itself make the communication easy, they join to that joy, that audience feels that happiness so badly.

I’ve understood that you’re a founder of the Tradicionales de los 50 project, what do you think about this show?

This project created by Roberto Rodríguez, it’s the biggest that you can find in Cuba in this moment, it focus on the most memorable of the Cuban music, the visitors are surprised, and longing for that in their homelands they can find something like this. In this Tradicionales an incredible quality is centered, it’s about “all stars”. In fact I feel very good there, I sing every day and I keep my illusions alive. 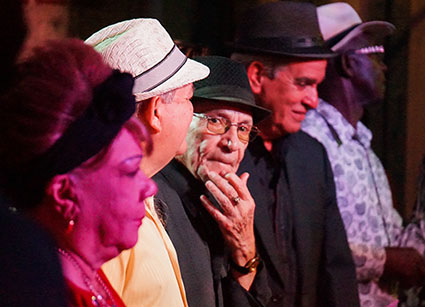 “In Tradicionales de los 50”, an incredible quality is centered, in an “all stars” of the Cuban music”.