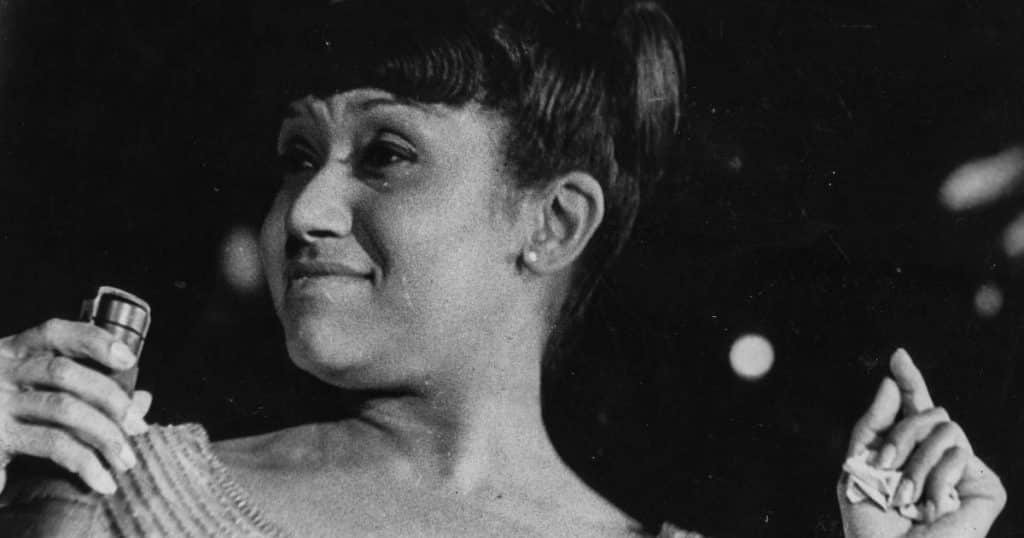 Temperamental among the temperamental, Moraima Secada is one of those singers who has left an indelible mark, and even she put a special mark, hard to brake in some songs. It happened with her Pérdoname conciencia singing by Piloto and Vera, that it was a compelling ending in one of her performances.

La Mora, as she was called as a child, was born on September 10th, 1930, on one of those important streets of Santa Clara city: San Miguel, between Union and Maceo, in the current province of Villa Clara. Her real name was María Micaela Secada Ramos. That day, she didn’t come to the world alone, she was accompanied by her twin María Carídad, as it seems she was the last one to be born, everybody used to say she was the youngest. She had 5 siblings.

The scout talent cathedral, La Corte Suprema del Arte, from the ancient CMQ, (located on Monte and Prado), gives one of the first awards for her Valencia pasodoble by the Spanish composer José Padilla.

That success, however, wasn’t the one that made her a box office hit, not even the one for finding her real singing call, just for the feeling, a music from the decade of the 50’s that would break the mould then, as in the harmonic and singing.

Rosendo Ruíz, son, composer, described in a tight synthesis the essence of the movement: ‘The song, thematically, it makes close itself, full of poetic images. More than singing, it’s expressed, it’s said (…), giving the singer some freedom’.

The days of rest, she used to iron in a laundromat by hand; she used to go to Angelito Díaz’s house in the Callejón de Hamel or Jorge Mazón’s, where Elena Burke, José Antonio Méndez, Luis Yánez, Cesar Portillo de la Luz, El Niño Rivera, Ñico Rivera and others used to go there. 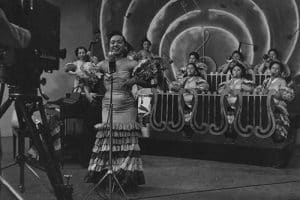 One of the female bands until we are grateful today its presence, the Anacaonas, had La Mora among its vocalists. There she shared presentations with Haydeé Portuondo, Omara’s sister, and she acted in our country and in Venezuela, Haiti and Santo Domingo as well, so she acquired the professional discipline from the example that Argimira Castro used to give, director of the band and her seven sisters, members of the band.

This maturity age allowed her to spend another enriched experience when she was among the D’Aida quartet founders, together with Elena Burke and the sisters Haydée and Omara Portuondo, also known as ‘Diva of Buena Vista Social Club’. The direction was in charge of the piano player and the arrangement musician Aida Diestro.

She was in that for eight years, which the one she travelled to the US, Venezuela, Mexico, Argentina, Uruguay, Chile and Puerto Rico, so they recorded an LP with the Cuban Chico O’Farrill’s band.

It seems to be that in some of the three trips that Nat King Cole came to Cuba, between 1956 and 1958, D’Aida accompanied him in one of his performances at Tropicana cabaret. The quartet shared performances, besides, with Edith Piaf, Rita Montaner, Bola de Nieve and Benny Moré.

Recalling her stay with D’Aida, Moraima said: ‘I learned with Aida Diestro to have a full master of my voice, to sing in tune, harmony and the rhythm. Aida was a star; she made up the best quartet from Cuba ever. She came from a church, that’s why she was a real creator within the harmonic treatment that obeyed the new Cuban and International music. I remember when we sang the bolero Cosas del alma by Pepé Delgado or Mamey Colorao by Peruchín, we made the present audience dance’.

One day, like many other members of the band, La Mora decided to leave. During a while she was accompanied by Los Bravos, a band from Santiago. Later she was in a quartet again, when she joined another important quartet from Meme Solís, author, composer and singer who made wonders in the editing of voices. In the repertoire selection, Solís’s poetic lyrics of songs were not missing. 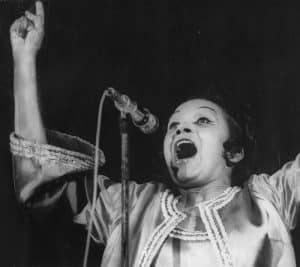 Finally she decided to come back to the soloist singing. All the previous school was there, but at the same time there was a way to be closer. To her contralto voice she used to contribute with all the emotion that a human being can have.

I remember her, because more than one night I walked her back to her home, after being the Pico Blanco’s lady and master, in La Rampa, where I used to go as a final coat, after wandering around in some nightclubs.

Going to see her was like being at home, I mean at hers, because one was taken through her organic moving, visceral, that was held or overcame when she sang the songs like Pérdoname conciencia by Piloto and Vera, Alivio by Julio Cobo, Cuidado by Nacho González and Me encontrarás and Vuélvete a mí by Tania Castellanos.

It could be thought that La Mora used to get to tremble us in a close place, like the Pico Blanco. Nothing farther than the truth. She showed her conditions in large stages with the same acceptance.

I recall in a very special way the two concerts that she performed at the Amadeo Roldán theater on May 26th and 27th, 1972. The place was completely crowded and many people were outside because the tickets were sold out.

In that occasion, she sang like 20 songs along with the Modern Music Cuban band. The extense programme finished with one of the biggest ovation that I have ever heard in my life. I don’t count the applauses that rewarded the end of every of her songs, like the previous ones mentioned, so we might add, although I skip any because of my not good memory: Mil congojas by Juan Pablo Miranda, Con él by Sarita Santana, Miedo de ti by Isolina Carrillo, Ese que está allí by Juan Arrondo, Ya no me quieres by María Grever, Ese sentimiento que se llama amor by José Antonio Méndez and Vereda Tropical by Gonzalo Curiel, and others. The next year she repeated the concert.

She also had Channy Chelacy’s songs in her repertoire, who was last greatest love and died in the criminal sabotage to the Cuban plane in Barbados. Among those songs are Se llama amor, Eres mi felicidad, Depende de ti and Rompiendo. Moraima died on December 30th, 1984 and her sound perseverance, made some small records and two long ones for the recording Company Areíto.

Temperamental among the temperamental, La Mora inscribe her name among figures like La Lupe and Freddy.

Sources:
Article of the journalist Rafael Lam, published in 2010, journalistic work of the musician Senén Suárez and conversations of the singer.