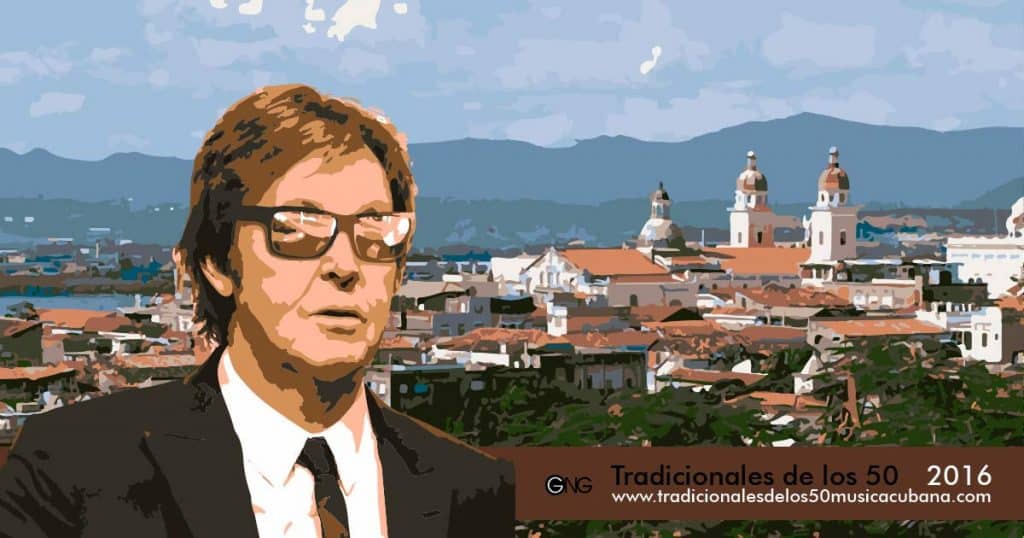 Tradicionales de los 50 are waiting for the free Rolling Stones concert to be performed in La Ciudad Deportiva facilities next March 25th to thousands of people from Havana. A visit related to the activities proposed due to the British Culture week in Havana to be celebrated from the 18th to the 27th this month.

However not many remember that the recently deceased George Martin, considered the fifth Beatle also arrived in Havana and Paul McCartney was in a family visit in the Cuban East, the cradle of the son…

Although more than fifteen years have gone by, sixteen to be precised, from Paul McCartney’s surprising visit to Cuban lands, it still remains in the memory of those who were witnesses or heard about his walk in Santiago De Cuba city located 967 kilometers to the East of Havana.

– I´m McCartney, from The Beatles…

Everything began on January 14th, 2000 when the air traffic controller from the airport heard a voice who was asking for permission to land, so identification was required. “It’s Paul McCartney with two of his sons”. There was a big silence before the incredible announcement and the air traffic controller asked again, who? “McCartney, the one from the Beatles”, was the response.

Giving the permission to land, the own British musician would receive his first surprise when he opened the gate of his aircraft and saw a group of people waiting for him to greet, after the news was spread among the employees of that terminal.

Paul was along with Heather Mills, his girlfriend by then and some of his sons.

The first visit he made, after leaving the airport was sightseeing Santiago Historical downtown and visiting the Morro Castle, came out Mankind Heritage by ONU for the education, science and culture.

Unfortunately there’s no record of the former Beatle’s stay in those lands, but the lines he wrote in the visiting book: “Thank you so much, gentlemen, ladies and young ladies, Paul McCartney in Cuba.”

It was also the ancient Moncada Headquarters, attacked in 1953 by a group of combatants led by Fidel Castro against Batista government, so as the Peace Tree, place where Spain signed its capitulation before the United States in 1899.

This photo of El Morro is courtesy of TripAdvisor

Lunch time that day was held in the restaurant El Morro. Reina Reyes and Santiago Tellez, waitress and chef respectively of that place, said that the customers ordered some omelette, vegetables, Piña Delidas cocktail, Mayabe beer and chocolate ice-cream.

Today, the furniture, dishes and tableware used by Paul are a part of the attractions of the place like a little museum of remembrance.

Trying to take advantage as soon as possible the short hours of his stay, he walked to the Trova House, to enjoy the sones, boleros and guaracha.

The troubadours José Aquiles and René Urquijo, the Cuban traditional music cultivate men, were witnesses of his presence.

They tell when someone tried to explain McCartney how the Cuban music heart was gotten (the sound that makes the rhythm), kindly the songwriter stopped him: “I know, I know this music”.

After that he showed that they were not mere words, playing the clefs with the same skill as any Cuban.

Urquijo and Aquiles also referred that McCartney told them that his visit to Santiago was an old dream come true to know it, because he had been told before of its hospitality, joy, architectural beauty and to be the cradle of the music.

Before leaving Santiago, Paul bought CDs by Benny Moré and Eliades Ochoa, the last one, winner of two Grammy, one as a member of the Buena Vista Social Club and the second because of his album “Un bolero para ti”.

On the other hand his sons got CDs by popular bands like Los Van Van, Aragón, Adalberto Alvarez y su Son and NG la Banda.

So unexpectedly were the arrival and leaving of the composer of Yesterday, María Gattorno, outstanding as one the most active defender of the rock in Cuba, when she heard the news, thought if that day was the Fool’s one.

In those years she hosted the so called Patio de María, where the most popular domestic rock players played their music.

In an interview with IPS agency, Gattorno was sorry for losing what it could have been the greatest joy of her life and said, “today’s rock players prefer Metallica but on their T-Shirts they wear Lennon”.