Juana Bacallao, the Black Goddess made the earth shake 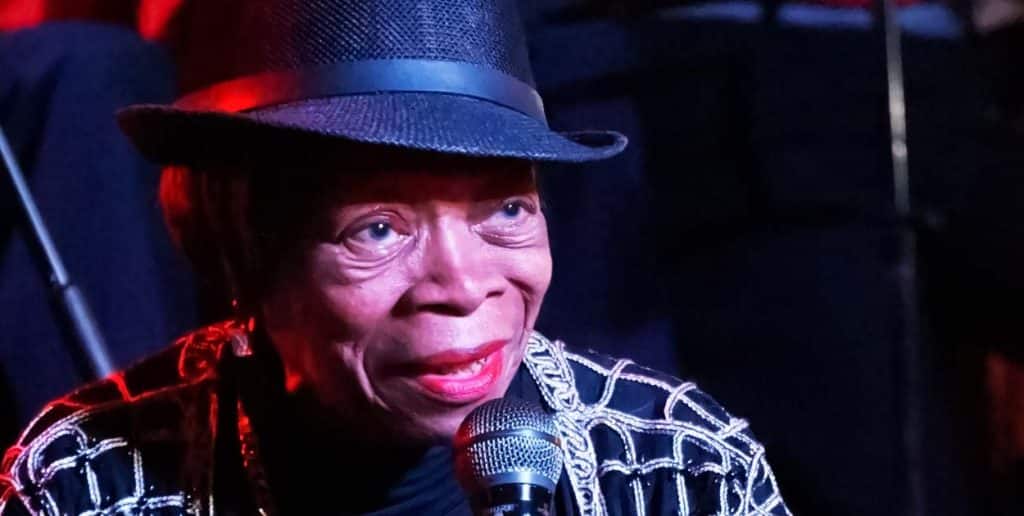 The Black Goddess, The major Show Woman or Juana La Cubana, as she’s known in the culture world, the singer Juana Bacallao able to keep on loving despite her 9 decades and while life keeps shinning for her, she’s on the Cuban stages and the world, just like that. She’s indeed, the queen of the cabarets, with her own guarachero humor, her occasion wigs and sequin shine.

“I retire when death comes”, the diva has quoted several times. “I grab a drum and begin to sing and I continue being Juana Bacallao. I don’t put on creams, I have a divine complexion and live happily, because what you more have for your health is that here…evil is not worth”, Juana shows a smile that in some occasions seems like a grimace or her disproportionate cry, any other electrifying  gesture or makes a step there or another one here.

She was discovered in her humility as a janitor during her youth “very hard especially when your parents die”, by the remarkable composer, piano player, music studious and Cuban bands director Obdulio Morales. From a real name Nerys Amelia Martínez Zalazar (Cayo Hueso, Havana, May 26th, 1925), in her large career, she has presented along with prominent personalities like Nat King Cole, Bola de Nieve, Celeste Mendoza, Ninón Sevilla, Cantinflas, Rita Montaner, Rosita Fornés, Omara Portuondo, Rafaela Carrá, Benny Moré, Chano Pozo and Elena Burke in different parts of the orb like The States, France, Mexico, Venezuela, The Dominican Republic and Spain. Today she shines together with other outstanding figures, especially on the Havana and international cabarets and the show “A Cuban Night in the 50’s”, which is held at Rosalía de Castro Society in Old Havana for the Tradicionales de los 50 project.

Obdulio Morales made her on her way to success in her 90 – year career. She got the popularity at the Havana Martí Theater, cradle of the most famous Cuban artists from the XX century with that sticky guaracha that she could only sing mischievously and freshness: 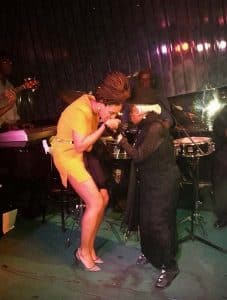 Later to be just the way she can be, Juana, la Cubana, the Cuban nightclub star or Havana nights, where she has reigned like no one else, away from the media and record companies that considered her a representant of a minor art, of a vulgar, inappropriate and tasteless subculture. While with her outgoing nature, her chin really up, challenged and imposed to the prejudices…who else but Juana to show it. And when she shows up in some vulgar interviews on the domestic TV media where she’s called like the diabolic doll, she continues shut away to the kingdom of cabarets with a very special gathering on Fridays in the legendary Gato Tuerto where she gives guarachas, salsas, sones and boleros and provokes some and other Cubans or foreigners, who get so quickly the double meaning thanks to her surprising moves, the radiant shine of a look that the years couldn’t be able to slip away and her smile full of hidden stories.

Yet time old – fashioned prude show up around there who dare to call her a foreign woman because of her singular wigs and unusual outfits in which boots and gloves can’t be apart but Juana is, simply, the prolific daughter of Cuba to the world. She wins hands down among who love her like has happened in the last times together with her band “Tiembla Tierra” in the American city of Miami or among the Catalan people at the well – known Jamboree Jazz Club at the II and III Ron Palma Mulata del Bolero International Festival sponsored by the trademark of the same name, where other famous from the island popular music have taken part, among them the percussionist José Luis Quintana (Changuito), the musician and band conductor José Luis Cortés (El Tosco), Martirio, Javier Colina, Pepe Rivero, the girls from Gema 4, Elsa Rivero, Telva Rojas accompanied by The Jamboree Big Latin Band, Yuro Leyva together with Javier Massó (Caramelo) and Raúl Rodríguez. Shows where Ernestina Lecuona, Isolina Carrillo, Ela O’Farril, Marta Valdés, Olga Guillot, Aída Diestro, Elena Burke, Omara Portuondo, Portillo de la Luz, José Antonio Méndez, Angelito Díaz and Bebo Valdés’s music have paid a tribute to it.

“I know life, poverty and wealth. Nothing scares me”, said once in an interview with the AP press agency, the genuine humble daughter from Cayo Hueso neighborhood, today popular Palacio de la Rumba headquarters. With that existential philosophy and her thousand experiences who knows if Juana la Cubana surprises us with a centurian making the earth tremble.