Irakere: The Real Name of a Legend 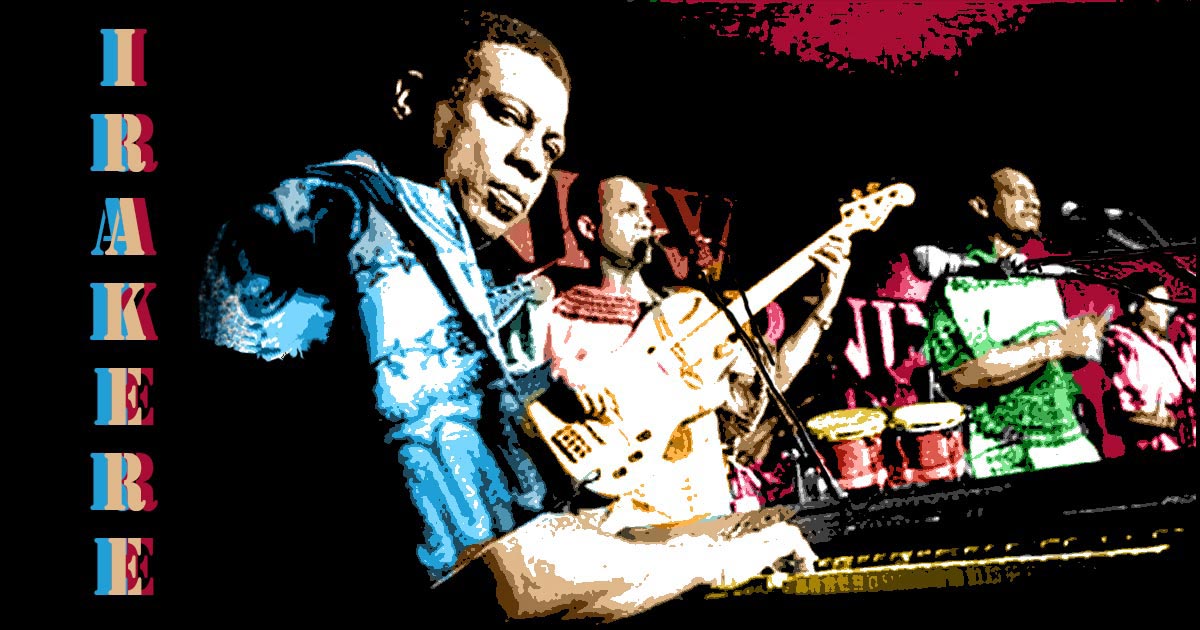 Barely being 15 years, I had the privilege to attend to those memorable concerts that Irakere used to perform at the movie-theater América, on the same Galiano Street. I mean at the end of the decade of the 70s, moments that I didn’t have an exact knowledge of the transcendence and greatness of that phenomenon that we were so lucky to have. The most vivid image that I keep of those events is the sweat face and intense of the singer and percussionist Oscar Valdés, whose singular voice made the followers of the good Cuban music to be stood up.

Now I understand much better, Irakere is more than a legend, although with enough source to create the strong mythology that’s around it for years. In fact we attended to an authentic revolution inside our music led by a group of performers, most of them coming from The Cuban Modern Music Band.

After an exceptional project, a marked spirit had to exist by the genius and the will of transformation like the pianist and composer Chucho Valdés who had the luck to meet on his way a group of virtuous musicians who responded to the names of: Oscar Valdés (percussion and voice), Carlos del Puerto (bass), Paquito D’Rivera and Carlos Averhoff (saxophones), Carlos Emilio Morales (guitar), Jorge Varona and Arturo Sandoval (trumpets), Enrique Plá (drums) and Alfonso Campos (congas), constituting in that way to the payroll of the first stage of the band.

The interpretations of every song of the repertoire became into events of real show importance thanks to the amazing dialogue established among the instruments and I think in that sense one of its best contributions due to the capacity to get an own style or pitch of the personal freedom of the performers, combining real marked purposes with the overcome of the improvisation, matter that contributed to be identified by some because of its tendency to the jazz way, even in moments that sang the most dancing tasty music or they were included in the ins and outs of the Afro-Cuban traditions.

Among so many talents, a kind of sound conspiracy was getting consolidated which main feature was the style at the time of selecting and getting music, for them to go from the symphonic to the most dancing popular music, going through the legacies of Africa and the jazz registers were transformed into an act of total nature. If today it’s spoken in Cuba more often about the fusion term, it’s so fair to say that Chucho and Irakere were the great broadcasters of this practice among us and with that virtue they accomplished to like the public from different latitudes.

Through this project some old dreams of our music and identity were materialized, most of them linked to the promotion of the mentioned African inheritances, also to the role of Cuba in the process of training of a new modern jazz.

The band in its function as a lab was paying attention to keep the balance the rescue of a tradition and a constant transformation of sound concepts, attitude that let them to share stages with other devoted from the island such as: Leo Brouwer, Silvio Rodríguez, and Manuel Duchesne Cuzán, directing the National Symphonic Orchestra overseas with singers like Mary Lou Williams, McCoy Tiner, Bill Evans, Larry Coryell, Chick Corea, Maynard Ferguson, Stan Getz, Herbie Hancock, Michael Brecker, Al Di Meola and Dizzy Gillespie, among others.

With Paquito D’Rivera leaving the band and later Arturo Sandoval, it can be said that a second stage of Irakere began, in which other instrumentalists like José Luis Cortés, Miguel Díaz (Angá), Germán Velazco, César López, Orlando del Valle (Maraca), Mario Fernández (El Indio) joined the band, who with a remarkable talent and unstoppable youth enrich and mark visible changes in their sonority. At the end of the decade of the 90s Chucho Valdés seems to understand that the natural cycles of the band founded in 1973 had finished and he focused on making personal projects, bringing the end in that way.

More than talking about awards, tours, recognitions, that are already known, what it has caused a great interest in me is exploring their inheritance, contribution and the legacy left by a collective memory of a potential music that protects from the remembering and even from the nostalgia of that treasure able to continue transmitting learning to so many young people and an unstoppable pleasure to the grown-ups.