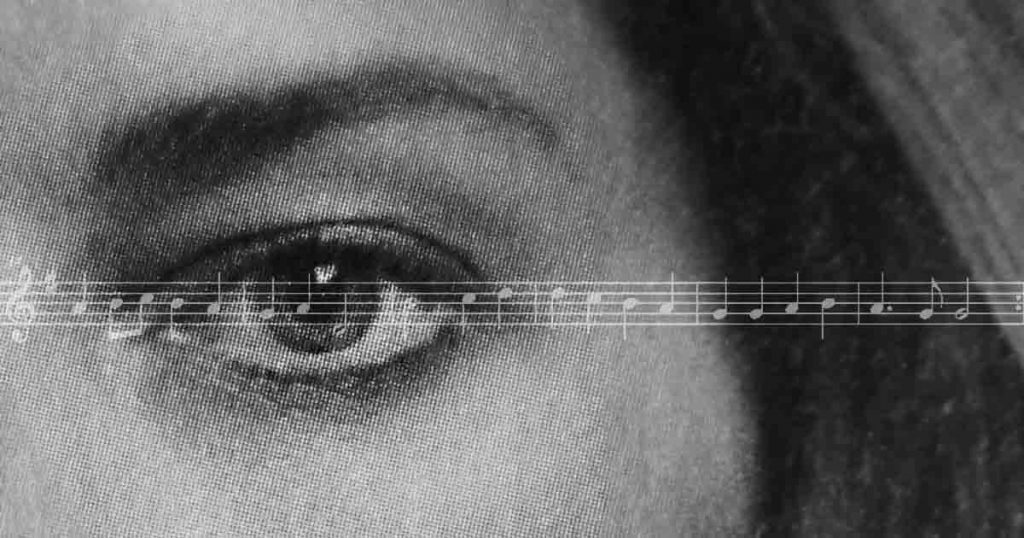 Several scientific studies confirm that there are more believed similarities between music and the human speech and our pupils not only react before light.

Let’s go back to the dawn of times, which our dear Neanderthals and Cromagnons the daily support of their offspring or lulled, if that image is worth after so many caricatures that show an unfriendly proman dragging romantically his couple to the cave, mallet in his hands, or they let know that an enemy horde was coming over them with distorted intentions…there was no language, unless an understanding language with today’s concept. The communication was given by guttural expressions, when they were emitted; they had a sound that transmitted an emotion. Such sounds were large, of low spectrum, low, if the situation was awkward or distressing. Lighter, soft, short if showing something like it was about. 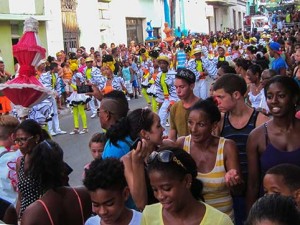 Time before the man began to combine sounds and silence of a coherent and harmonic way, this is it, he began to make music, and indisputable this prehistoric print of different ways to show sadness or joy had a shape of a chord kind (simultaneous of three or more notes) that composers used to express their feelings.

In recent studies, the professor Dale Purves and collaborators have reached to the conclusion that the range of sounds found in the big chords of different musical passages agree with the most worked up human speeches, and the spectrum of minor chords have similarity to the way we express emotional states of sadness or submission.

If you have doubts about this, we propose you the following exercise: take an afternoon walk through Old Havana and enjoy the moment a disheveled neighbor comes out onto her balcony and shouts at the top of her voice: Yulexis, f***!!, I won’t tell anymore to come upstairs, dinner is served!!! That would be a valid example for big chords, those the great Beethoven wanted to include in his divine “Pastoral” symphony to experience the anger of the aroused elements.

The minor chords? If you read this article and you’re a woman, you’ll remember these excellent Havana compliments, those unfortunately become sparser than the Real Woodpecker from the eastern sights of Cuba. The best of all: those said with the half closed eyes, cunning, brushing the edge of sensuality but with respect: “Sugar, you like me more than the chocolate ice-cream, I wanna taste you spoon by spoon…” I don’t know why, but this reminds me the short and melodic chords of a beginning of a song “The nightingale” by Lecuona…

Ok, we already know that if you read up here and you’re interested and like music, who doesn’t? We suppose that you also like painting. You watch a picture in a museum, you feel attracted to it, you watch it carefully, you see it from the distance, and you get close to it, until you sense the room caretaker’s voice:

And you guilty caught, “step back” and stammer an apology…I want you to know in that little time of appreciation, you pupils dilated as a response of the body before an intense emotional stimulus. Well the case is that the sounds also provoke this effect. Some sounds that provoke opposite excitement (quarreling or loving voice) make that the current of emotions generated influence directly on the pupil size, the one that remains, with no change, with monotonous sounds like the ones provoked by the rain.

The question that goes through your mind now is if the music also provokes this reflex on the pupils and the response is positive. A research taken place in Austria with 30 volunteers has confirmed the hypothesis. Developing it, 84 scores were chosen with trio selections (piano, cello and violin) from the romantic period (first half of the century XIX) and by means of a device called “eye search”, they measured the preconscious processes of the listeners about the kind of music they listened, taking into account the already mentioned pupil response. One of the recommendations of the research is to expand the musical forms… 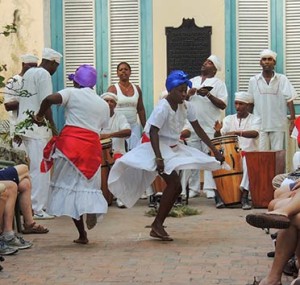 I firmly believe that the Cuban people could teach those Austrian scholars. Folks, the devices get broken and the reaction is measured before a wonderful Cuban son, a very well-played and danced rumba, or a guaguancó that injects*…

What would these scientists say if they go through Havana picking up experienced people for their research in the middle of a hip swing, in an organized mess made before the yell: Let’s go down!!!, if showing the way they dance is about?

*Inject, dancing the Guaguancó is about the though movement of the pelvis that dancers do trying to “submit” the women as a couple. This movement has sexual connotations.

The Macorina, some lines made by music
21 September, 2017