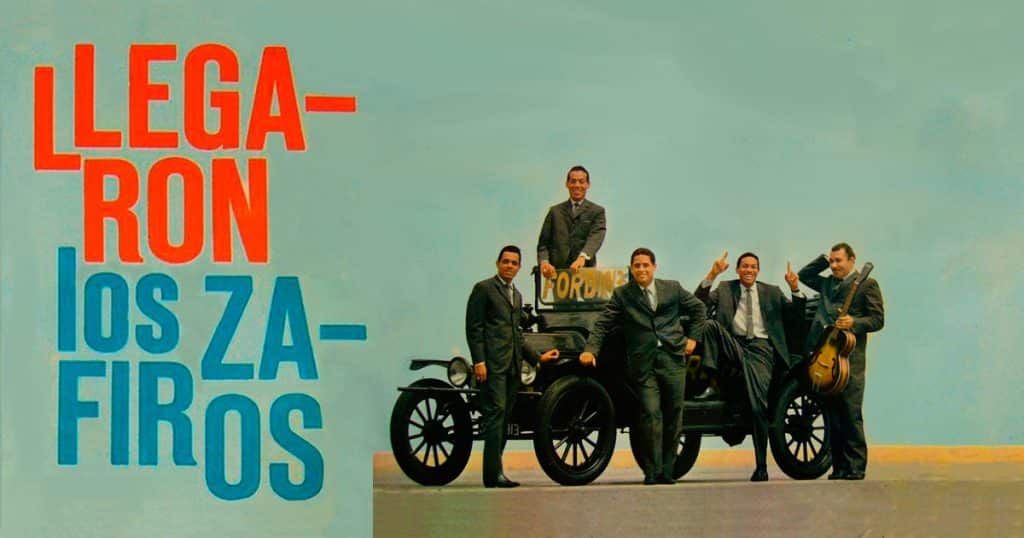 They are remembered like The Cuban Platters. Like the indisputable hosts of the clubs, nightclubs, bars and everywhere that smells party in the upheaval Havana from the 60´s.

Being fair, it wasn’t necessary to label the Cuban Platters, but we gave in to the temptation because of the stubborn obsession to be compared to the abroad that has come along nowadays. The truth is the Zafiros, main band from the revolutionary Cuba, became a living myth for the Cubans, working people who after a fateful working day wanted to dance and dance at the Havana night, at the rhythm of the hot and tasty doo-wop that this vocal quartet proposed, which was made up by the singers Eduardo Elio Hernández (El Chino), Leoncio Murúa (Kike), Ignacio Elejalde, Miguel Cancio (Miguelito) and the composer and guitar player Manuel Galbán as a musical director in the most resounding time.

Some days ago, Manuel Galbán’s farewell turned 5 years, a date that passed quietly in Cuba and it was so demanding to remember the intrepid label done by this musician from Holguin in the Zafiros career, founded in 1961. Galban was almost a decade in charge of the band until its break up in the 70s but it wasn’t any season, it was about a time very turbulent for the quartet, a time in spite of the opposite context, Galban knew how to keep the quartet alive and went on defining that sound that made a competition on the island to the Rolling Stones, and The Beatles. Any Cuban band, until Van Van decade, was so popular like The Zafiros and it knew to calm down the likes and the furor of the dancers.

If one takes a good look at the time, we have to say that Galban together with The Zafiros didn’t have it so easy. While a great number of artists with a certain pedigree moved to Miami (with all that can take for them and for the Cuban music as well), The Zafiros together, were eager to develop its music in the country and go on giving it to the Cuban lively, its natural audience. A decision that obviously made impossible to be known abroad taken over by the American enterprises, that more than one saw this famous quartet which core was formed in Key West neighborhood and reached to record four records.

Who knew Galban closely, I just got to shake hands and thanked him to himself, and everything that was given to us in a short meeting held in a musician’s house who just came from New York, he was outstanding for his discipline, his good sense and his ability to face all the adversities and accomplish any goal to be on his mind. I think so far that’s no doubt a musician of that lineage was to the one wanted to keep The Zafiros alive during the 60s (by the way he was a complete instrumentalist, he played the guitar, the piano, did vocal arrangements and composed, and for more information, all an innate talent).

Unknown in USA but famous in Europe

They were never known in The USA (so we’ve said in some lines above, just the restrictions imposed by the American blockade that affected directly the musical business). However, they had the chance to make European tours, which the legend tells, in one occasion, the audience didn’t let them to go down stage at the Olympia in Paris, asking for more songs, after have sung the entire prepared repertoire for that moment. In these boys, who never got to be prepared to success, they were shattered in tears because of the emotion.

After his time of splendor,  ̶ like it has happened in Cuba with the musicians that after years of being forgotten, they’ve have been back to the first stages ̶ , The Zafiros lived the change of time and went into a kind of lethargy that finished with the known destruction of the band, among other things, internal conflicts, and problems with some of its musicians. Ignacio died from a brain bleeding in 1981, he was 37. Kike due to hepatic cirrhosis in 1983 and El Chino, victim of alcoholism in 1995.

Manuel Galban was a survivor from the turbulence that the band went through after leaving the stages and kept lit the legacy of his partners. He was back in an impetuous way to the musical life with the Buena Vista Social Club, idea created by the American musician and producer Ry Cooder, who with a good eye (commercial as well), saw the potential of great figures from the Cuban music who were in the darkness and isolated. Galban came back to be history together with Ruben Gonzalez, Ibrahim Ferrer, Cachaito Lopez, Compay Segundo, Omara Portuondo among other stars.

There’s a film which helped, above all the youngest to discover The Zafiros and Galban’s personality. The film was called Zafiros, Locura Azul and it took especially for its making with the support of the entrepreneur based in Miami and editor of OnCuba magazine, Hugo Cancio, Miguel Cancio’s son, another of the first from the group, who’s still alive.

Galban died at the age of 80 and he was given the last farewell in Cuba with the corresponding honors. The Ministry of Culture and the Cuban Artist and Writers Union sent messages of condolence to his family and the media broadcasted his death. More beyond the official backgrounds, to understand entirely the real meaning of the contributions of this musician, we need to go back to the history of The Zafiros and feel the doo-wop like a twist in the head.