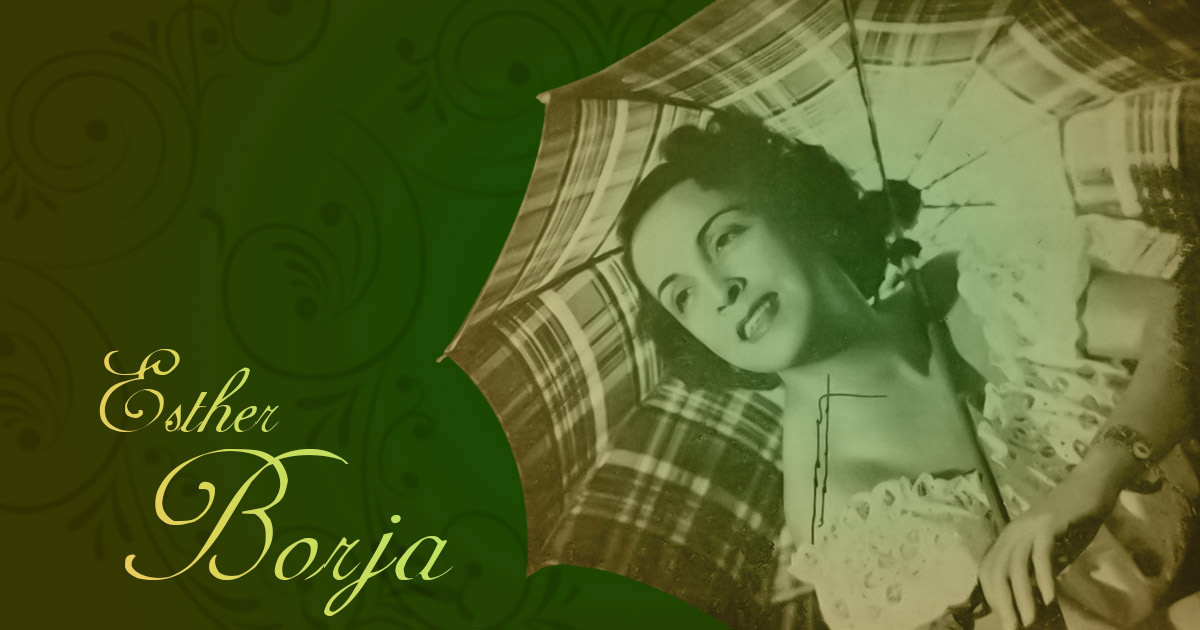 I remember perfectly well. The living room of my house around the 70s was known by a Dumont TV, those made of wood and a speaker covered with fabrics. My extended family was hard to please my personal childhood tastes. They could on the alternate channel at that time, it’s good to remember it, we only had two TV channels in Cuba: “6 and 2”, being passing the “cartoons”, very funny, translated into Spanish by that wonderful voice known by the nickname of Jazmín, in fact Conchita García. So, my uncle, my grandparents and my great-grandmother were implacable with at least two programs, one of them, was the one named: Album de Cuba, with an extended life on the TV grounds, from 1961 to 1986. I remember from those nights two things, the exquisite making of the Cuban songs presented and the warmth of the hostess of the program, Esther Borja, always with kind words for her guests and always determined, despite the windy atmospheres at that time, not let behind and die anything of a Cuban legacy. We owe Esther a lot, educate us under the Lecuona’s legacy, personality on his way to the exile, stopped being liked in some official circles.

Teaching as a call 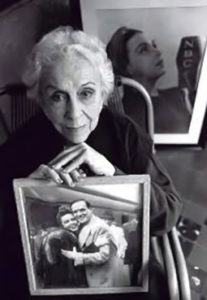 For pleasing her parents, she registered at the Normal School of Havana. According to what she said later, she thanked deeply her wide training received and therefore, her taste for the literature, the music and Fine Arts, in general.

Probably due to this call and her desire of teaching, she was never miser concerning advices for the new singers, indeed she didn’t teach singing lessons officially, she always reminded them that different media, radio, television, theater, required of also different attitudes. A record or the radio appeal on the close part of the artist, you can even change tunes, a way to say it. At the theater, however, a bigger excitement is needed, a more noticeable projection. She was a bitter enemy of no feeling singing, she used to say that learning the texts of the songs was mainly the time to transmit the emotion. Even experienced this postulate with the song Te vas juventud by Lecuona. During years and despite of many fans’ requests, she refused to sing it in many of the recitals she offered. Her song didn’t have its time yet, which she experienced a time later in a festival at the Lyrical theater of Holguin, it was like crystallization. Suddenly lyrics and music got full sense, she felt the essence of the song, and since then it was included in her programs.

She liked to travel a lot, and didn’t waste any occasion in the middle of the amount of tours made to the five continents to be aside and enjoy the cities where her artistic commitments used to lead her. Without doubt Buenos Aires was the one she felt more attracted to, intense in her artistic and cultural life. New York was one of her favorites, indeed giving her a latent coldness in the human relationships.

Among her favorites the musical New Orleans city was. She lived and married an Argentinian journalist. She owes this city to be the first to celebrate her first success Damisela encantadora, by Ernesto Lecuona. So much so that some shops and commercial products used the name of the melody to identify their advertisement. 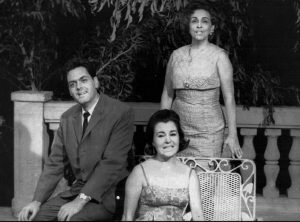 So much has been written about the merits given by acting in plays, clubs, cabarets…, without despising, so incredibly of those last ones. We’re pleased to tell you that a person as Esther Borja, sang Juliet from the operetta The Count of Luxemburg at the Havana Comedy Main Theater, starred by the Así es la Habana (That’s the way Havana is) production at the Caribe cabaret, from the former Havana Hilton Hotel, today The Havana Libre Hotel. She integrated numerous artistic delegations sent by so important enterprises like Casa de Las Américas to different festivals around the world and when the revolution triumphed, countries like the former Soviet Union, China, Poland and Czech Republic, knew her art.

Esther used to tell that her grandmother on rainy days when the northern cold weather told her: “Esthercita, let’s get the waves”, and both went to the Havana seafront to be let touched by the salt and the wind. Also referred that during her long stay in Argentina, she used to go so many times to see the Plata River, so wide, that she fantasized with the idea that one was the yearning ocean. At the age of her respectable 70 years, she could be seen in the mountains fighting the waves of the ocean near her home, besides practicing with some frequency: golf and squash.

Esther Borja and her “Rapsodia de Cuba” (Rhapsody from Cuba)

This way her first Long Playing was called, that highlighted in 1953. From that moment her voice was taken in innumerable recordings made in Cuba and overseas. I still keep by family inheritance, three of the most emblematic titles of her career: Esther Borja sings unforgettable songs by Ernestina Lecuona, deserved tribute of the artist to the person who guided her to dedicate seriously as a singer, Esther Borja sings to Gonzalo Roig, a peculiar record made together with another figure of the Cuban forgotten singing music, America Crespo and the beautiful plaque Esther Borja sings at two, three and four voices Cuban songs, a display of style and harshness, due to the technique of that time didn’t permit the previous listenings, that makes Esther to respect so badly the tempo of the melody to treat to adjust the successive production of her voice in first, second, third and fourth. All the recordings were made under the Kubaney label.

Rhapsody from Cuba is also a title of an extraordinary documentary-interview, directed by Pavel Giroud and conducted by the pianist and cultural promoter Ulises Hernandez about the singer’s life. Meeting him, I knew that the officials from the Radio and Television Institute never gave Esther not even a reason to call off her program Album de Cuba. It doesn’t matter, never did indeed. The legacy that it left in more than a generation of Cubans, worth totally the dedication that for 25 uninterrupted years Esther Borja displayed before the TV cameras.