Elena Burque, the Cuban music lady of the feeling 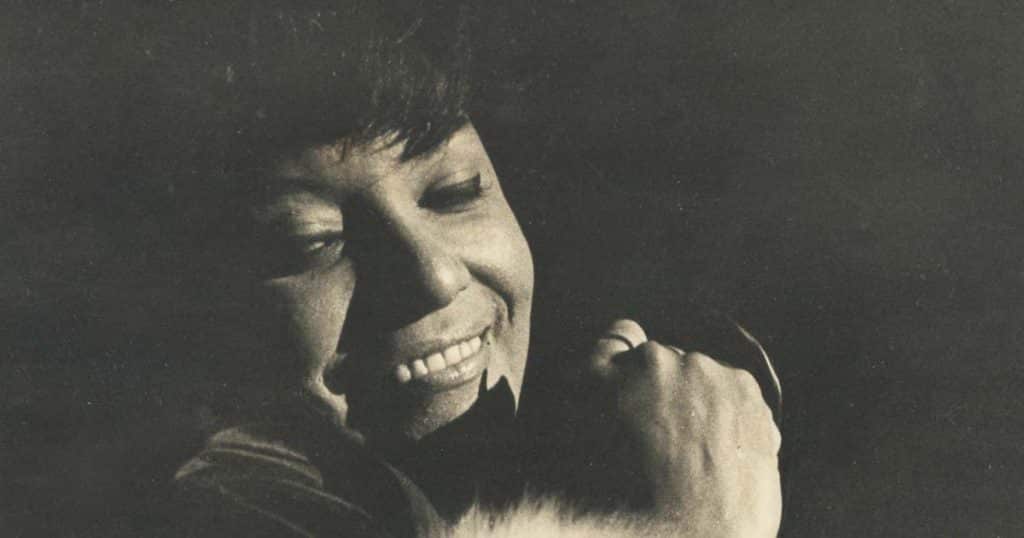 “La Burque”, the singer who mocked the little bells of the Supreme Court of Art.

Elena Burgues González, well-known as Elena Burke, since she was a child, she felt attracted by the loud world and three failures on a talent scout radio station program didn’t stop her interest for the music and her way of singing made that a reporter baptized her like the Lady of the feeling.

At the age of nine, sent early at night to buy some medicine at the corner drugstore, she was followed by the drum tap, the sound of the trumpets and the calls of the leading singer together with a crowd who was following him. Time went fast; her coming home back was at midnight to deal with her parents’ scold, who let the police know about her possible disappearance.

It’s said that the little girl liked the tango and among her favorite singers was Libertad Lamarque, interest that she didn’t ever abandon in her life and among her favorites was the iconoclastic composer and singer: Astor Piazzola, someone not so preferred by Carlos Gardel’s orthodox followers.

Her biggest failure happened when showed up three times on a raw on the Supreme Court of Air station program, a show that was like a singing scout talent program.

Three were the occasions that luck turned its back at her and she was disqualified, so it was annoying the sound of a little bell as a final verdict to her.

She didn’t keep away her aspirations in a suitcase, she kept on singing among groups of friends, and she corrected possible mistakes and as a brave woman lied in wait for her first chance.

Who joins talent with perseverance, never let the chance goes away, and this one was in 1943 through a contract as a professional for a fifteen-minute program called Ensoñación, for the radio station Mil Diez, accompanied with a band, conducted by the maestros Adolfo Guzmán and Enrique González Mantici.

At the same time she acted in different nightclubs accompanied at the piano by Dámaso Pérez Prado, afterwards considered as the creator of Mambo.

Her artistic journey took her to Las Mulatas de Fuego group which she travelled to the Aztec capital and there they performed in the film Salón México, directed by Indio Fernández.

She was also part of the Facundo Rivero’s and Orlando de la Rosa’s quartets and with the last one she made a six month tour through all the U.S. In her voice Orlando de la Rosa’s popular songs are heard like “Vieja Luna”, “Nuestras vidas” and “Eres mi felicidad”, among others. Fromm this trip she keeps a lot of emotions but the greatest of all, according to her words, to her surprise, to be given the same dressing room that Judy Garland used to use during her presentations at the Palace of Broadway in New York.

Love is paid with love. 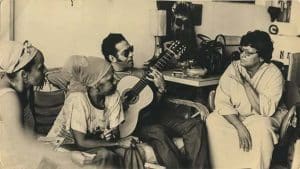 In decades from 40’s to 50’s, Burke is among the members of a musical group that followed the example in the Cuban music: The feeling —or filin (Cuban version).

Composers and singers used to gather in different places of this capital, among them, in the dead end street, Callejón de Hamel, in Centro Habana, to let her influenced jazz creations know.

According to the music studious Cristóbal Díaz de Ayala, the feeling (filin), is an American name for a very Cuban thing, it means it has its base though; the jazz took from it, what was needed to make up something new.

Elena was one of the first female voices to do and sing with a soul, together with Omara Portuondo and Moraima Secada. Other movement members were Portillo de la Luz, Ángel Díaz, José Antonio Méndez, Frank Domínguez, Marta Valdés, Adolfo Guzmán, Tania Castellanos and others.

The filin had its biggest popularity in the decades from the 50’s to 60’s but its influence went beyond its own time and even the borderline because in musical authors from other countries the influence is presented, as it happens with the Mexican Mario Ruiz Armengol, Vicente Garrido and Álvaro Carrillo, just to mention some.

The deceased Aida Diestro, in an interview, she’d tell “in the halls of CMQ, Omara Portuondo, Elena Burke, Moraima Secada and Haydeé Portuondo approached to tell me that they liked how I played the piano and they wanted to make a musical group and they’d like me to conducted it”…

On August, 1952, with only two songs prepared (“Mamey Colorao” and “Cosas del Alma”); The D’Aida made their debut on TV in Carrousel de la Alegría and afterwards during a week in the Show del Mediodía,  expanding their repertoire with “Que jelengue”, “Profecía”, “Ya no me quieres”…

Nevertheless the singing quality of the group didn’t make an impact yet until Luis Yáñez, singer of the so called filin, he proposed the owner of the club La Campana to hire The D’Aida, who from the first moments, they were attracted by numerous music lovers. Their success was so big, that they had to divide their work there with appearances at the Sans Souci and Tropicana. In the first they enjoyed the performances of Edith Piaff, Johnny Mattis, Sarah Vaughan, Tony Bennet, Johnny Ray, and in the second, they accompanied Nat “King”Cole.

The history of the quartet didn’t end when these singers decided to take another course because Aida always knew to get new voices, just she confessed me one day, and she couldn’t make a sweet potato to sing a song. 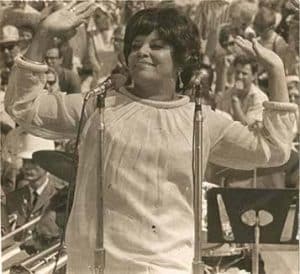 On the other hand Elena continued her solo performance with no less success and in some occasions she joined other musicians and singers to leave us memorable recordings.

I remember in a special way, my meetings with her voice every night in a show “A solas contigo”, from Radio Progreso, which it was my best fifteen minute medicine to calm down the hectic activity of the day and go to bed afterwards. That 11:00 o’clock schedule was shared by Meme Solís and Luis García.

Not less important is her recordings, which I can’t mention due to the big it is but it’s important to mention some of her recordings, accompanied with Frank Domínguez, the Christmas song duets with Omara Portuondo, a duet with Fernando Alvarez, the record for Juan Almeida’s 25 year record of the music, Elena Burke’s 50 years of her artistic life in two volumes, with the direction and arrangements of Enriqueta Almanza, Filin, half century of Cuban feeling, Elena Burke songs to Marta Valdés, among others.

Elena in another mirror.

Burke, like any other artist, had, speaking in a certain way, a double life: one on stage between lights and footlights, lulled by the applauses of the audience and an intimate one, at her home, among friends and family.

She was already famous, when she was being interviewed on one of the floors of the Medical Pension, where she used to live at that time, suddenly she told me: “Sorry, I have to stop the interview for a moment, because I’m in line because today I have my moment to buy my meat”.

I also witnessed that her labor in the kitchen wasn’t a simple duty of a housewife; even a real ritual in the art of cooking which my palate witnessed her qualities.

They were informal meetings where after tasting the occasion dish, Elena broke with the silence of the night, took off her shoes, looked at her loyal guitar player Froylán, and we could enjoy of a little concert of hers, which other singers who were participating of the celebration gathered.

Elena’s great friend, and mine, was Tirso Sánchez, radio promoter already deceased, who I can’t stop mention because he just not only introduced her to me, even he became into the main organizer of those meetings.

Also I could see her in her worries when her daughter Malena began to develop as a loyal devoted to her mom in the singing field.

The composer and singer Marta Valdés remembered that in a concert at The Fine Art Museum room, Elena attended against all forecast, despite that afternoon, her first granddaughter had been born.

The singer died in this capital on June 9th, 2002 but her voice will be with us forever and ever on an old record, on a CD, on a radio station or TV one or even in a conversation between friends.