Danzon one of the first Cuban rythms 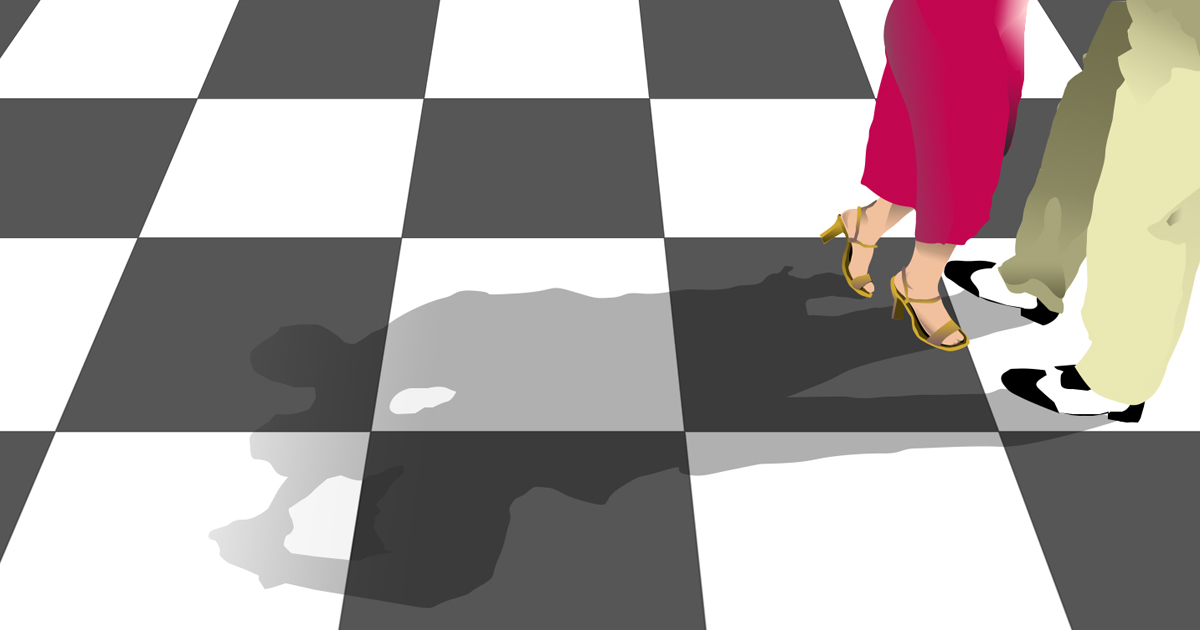 It’s so exciting to know that the International Festival dedicated to our national dance will be held in Havana this month. Among so much banal music and so much rude lyric, this news is a cool wind that travels from the middle of the XIX century to our days. Cubans have a “motto” for everything, we’ve labeled the Havana Danzon Festival (be celebrated from June 21st to 25th, 2017) the following: “From Danzon to Mambo and Cha Cha in the centenary of Dámaso Pérez Prado’s birth”. We could think that is large, but fair. Three of the most important forms in the Cuban musical history are outstanding, successful in many.

This festival will also be dedicated to the immense figures: Paulina Álvarez (if you haven’t listened to Omara Portuondo’s CD, Buena Vista Social Club diva with Paulina, it’s time to make it for you), and Aniceto Díaz, creator of the Danzonete, form derived from the danzon. Similarly the arrival of the danzon to Mexico will be remembered, specifically to the Yucatán Peninsula.

– Is there dance tonight? No, I get sweat…

The tradition of public dances in Cuba comes from 1791. In a first moment they were begun in the suburbs of Havana, above all in Arroyo Naranjo municipality. It was just a couple of months, you can enjoy of this hobby so wanted by the Havana people in the city. The most played music forms were the dance and the contradance coming from the Spanish colony, according to the experts, full of a French overtone, considered “chic”. This influence was reaffirmed years later by the exodus of French settlers to Haiti and Santo Domingo, settled in east of Cuba. Of the “turbulent and wild” atmosphere of these dances this paragraph testifies, taken from a newspaper of that time called El regañón de la Havana, 1830:

«Being finished, then, the serious dance, the contradanza began, being aside all the dancers, the judgement and the behavior. I don’t dare to describe everything that happened there (…) the contradanza was danced the worst as possible, and after twenty minutes of not so decent frolic, because that wasn’t dancing, all the dancers full of sweat and really exhausted left, to come back from there to the same page again for a while».

Oh! My dear chronicler, you’d have died not once, a thousand times if you see in Havana, 2017 the young people dancing reaggueton! But well, let’s go on the matter that we’re dealing. Add the dance the fancy things, the tall collars and the tails, bows and the vests, all clothes necessary in the male outfit. Women didn’t have it so easy; tight in corsets and attire, with skirts, half-slips… they sweat blood. Time was passing by the Spanish dances were becoming into creole dances, and at the same time they paved the way to the contradanza… the warm and voluptuous climate of the tropics kept changing these dances and in 1850 in Matanzas, the black and the mulatto young people started to play songs made by parts, the ones were called danzon because their choreography was based on a “high” dance with new steps and figures, more rhythmic and cadence. They seem to be more complicated, because permissions had to be asked to rehearse the dance weeks before the presentation. However, we had to wait more than 30 years so another guy from Matanzas, popular singer of contradanzas and named Miguel Faílde, got after some attempts, a new way to recreate through the music the old choreography that was known as danzon locally. His first song was called “Las Alturas de Simpson”. Its acceptance was so big that the bands had to repeat the song two or three times for a night under the request of the dancers. The band which performed was made up of woodwind instruments, most of them, some stringed and minimum percussion.

Fortune and misfortune of the Danzon

It seems incredible, but it’s true. After knowing the acceptance, the Danzon had its moment of rejection. The wealthy society from Havana in the 80s of XIX century began to consider it a “negro dance” and it was practically exiled of the most exclusive dance floors. Two places were outstanding where the form was danced despite of everything, the first: The Trotcha Salon in Vedado, area that began to be defined as a residential zone, and in The Glorieta in the beaches of Marianao, Saturdays and Sundays. The wave of rejection began to be dissolved at the early beginning of the last decade of the century, what it was a “negro dance” became to be called a “Cuban dance”. Some researchers consider that one of the main reasons to this triumphant was that finally, the musicians learned the real formula of the danzon created by Faílde and they used wisely, besides some African songs, excerpts of arias of opera, zarzuela, guaracha and songs, which gave a touch of refinement. Besides the small instrumental bands known as French charangas, made the danzon songs of their own and put them on the top of the popularity. So much so that the Princess Eulalia de Borbón (with multiple echoes in the Cuban society of that time) and Don Antonio de Orleans was the right moment to show the chords of the renewed form. The success kept pointed out of this way by the famous magazine La Habana Elegante, in its March 21st, 1893 edition:
«The real couple, after going around the salons and galleries of the Spanish Casino, they stopped to see the so unfair criticized danzon dance, admiring the sweet melodies that characterized it».
The Danzon had many cultured, among them the most important were: Raimundo and his brother Pablo Valenzuela, who made Miguel Faílde band known, Manuel Saumell, Antonio María Romeu, Eliseo Grenet and Jose Urfé, all of them filled the first of the XIX century with charm and gentleness. Mentioning aside deserves the unforgettable Barbarito Diez, the danzonero singer par excellence, without a rival at the moment to work with the form.

Mexico fell in love with the Danzon 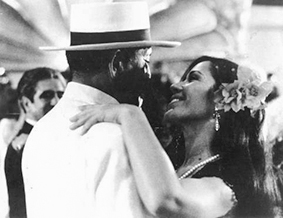 Photo of the Mexican film “Danzon”, 1991, directed by María Novaro.

Danzon was danced “in a little step”, with the couple looking into each other’s eyes, she, with the hand fan ready to talk in a language only suitable to experts, he, bursting with charm and kindness. There was no place for disrespect; it had strict codes even for the “hug” of both dancers: it was unthinkable to find a higher hand or lower.

The own design of music, with a first introductory part, and others destined for dance, it made that friends or lovers had the time to talk or give themselves into love requests, such a thing, not well seen if it was done in other places according to the strict rules of that time. These charms made that in Yucatán people liked this dance so fast, taken to Mexican lands by the Cuban immigrants who were running away from the difficult political situation in Cuba at the end of the XIX century. Some elements were maintained, but irreparably the local musicians (mainly from Veracruz) set a particular label. The bands that played the danzon were called danzoneras and they were gifted of a complete section of brass and strings. The musical form paved the way to interior of the country, reaching the capital, and its biggest exponent was Salon Mexico, temple of the popular dance, with shows that began at 7 o’clock and finished at dawn. In the 60s of the last century and by the government regulation, the Palacio del Danzon (The Palace of the Danzon), known also this way, shut its doors but some discrete locals kept opened to the joy of the fans. Despite being born in Cuba, The Danzon declined in our country inn the XX century, mainly because of the start of the new rhythms like the son, the mambo, the Cha Cha and the casino.

Few months ago I was taking a walk in my loving Old Havana; mainly I was taking it around the harbour on Oficios Street. To my surprise when I heard the unmistakable chords of the danzon Almendra…the music was coming from the Santiago Ramón y Cajal Old People’s Home. Intrigued, I entered the courtyard of the place, The Siglo XX Band was playing and many couples of elderly were dancing, with an energy that cheered the weak.

The Havana Danzon Festival will have a dance contest. Domestic or foreign dancing couples can enter the contest and three prizes will be given, such a Great Prize to the best couple without matter the country of origin. I’d be very happy if among the awarded were some of those who I saw with wide smiles and crying eyes full of rememberings…

In this Infography you are going to be able to know some features of the rhythms that made a hit in Cuba at that time, including danzon.

Infographics “Cuban musical forms of the XIX and XX centuries”.