Cuba and its singers (I)

This island has been prolific on giving so diverse singers, some of them have enchanted the world by the peculiar way they have expressed themselves on stage, just to mention just a few we could talk about Benny Moré, La Lupe, Olga Guillot, Bola de Nieve, Antonio Machín,Celia Cruz and Pablo Milanés. On this occasion, we have wanted to talk to three singers who have two things in common: the first is they were promoted in an old television contest (about Cuba was a pioneer) in the early 80s under the name of “Todo el mundo canta” (Everybody sings songs). The second is today they make part of the show Tradicionales de los 50, who they perform at Sociedad Rosalía de Castro every night. Their names are Millán Zuaznábar, Leonor Zayas and Sergio Farías.

The conversation with them passes in full celebration of the third season of the singing contest Sonando en Cuba, that’s why their confessions and opinions seemed just right to those who pave the way full of illusions and projects.

From the cookery to the stage

Millán Zuaznábar is bursting with charms and simplicity, his spontaneous creole manners make him a real show, barely a few minutes before being on stage, we could have some words with him:

How many emotions did you live in the program “Todo el mundo canta”?

Lots of them, and to me it represented the beginning of a professional career, although as an artist I felt it when I was a child. I’ve never been able to forget the prize night, when I was awarded with the first prize on the second annual day on May 9th, 1981.

What do you think about “Sonando en Cuba” project?

Very good, because it gives the chance to the new figures to have a moment to make their names and enhance their work. Important for the society from the different points of view, let’s remember that Cuba is a country of singers and politicians.

What do you feel winning in “Todo el mundo canta”?

In was on my way to the artistic world, it’s been only 5 years since I left my other job, cookery, I’m a cookery teacher, I worked in working canteens for so many years to have the possibility to show myself as an artist at work nights. I like cooking so much, to see people who eat my food so pleased, makes me feel satisfied, the same way when I sing I look at people’s faces to see their reactions and to find out if they’re pleased.

What position does the speech have within the Cuban music history to you?

It’s one of the first, you know that in the XVIII century the speech was a musical manifestation and there were a lot of speech speakers in Cuba, I mean the speech became in a part of our culture, that’s very beautiful.

How do you feel singing El Carbonero?

I thank to our director Roberto Rodríguez Alpízar to believe in me that I could sing the son, I always made my way singing ballads, the bolero, and they were the strong forms of mine. Roberto gave me three songs: El Carbonero, La Guarapachanga and Bilongo, I feel pressure on me but able to make it, a black guy like me who can’t sing the son in Cuba is almost embarrassing.

In this form that I sing now, make the people dance; I see that people have fun and this makes me happy. I think that’s the biggest achievement I have within my artistic career, I know I can sing any son and any salsa.

Do you feel fulfilled? How do you see the fulfillment?

I’m working on it. While one’s alive is hard to reach it, though, the success is one thing but fulfillment is a biggest word.

Any idol inside the Cuban music that you could mention…

Benny Moré, I always listen to him, feel moved, since I was a child I found in him a school, I think every Cuban musician should listen to Benny Moré, he left a big legacy, he’s the greatest the Cuba’s had within the world of music.

A note of sensuality

Leonor Zayas seems to keep with pride everything she’s lived on stages during more than 30 years, and have it alive to show to those people that with the purpose to get to the bottom of her mysteries get close to her. This short interchange that I’m sharing was carried out in the dressing room, while she was finishing making up. It’s worth remembering that in the second season of the contest in 1981, Leonor deserved the third position shared with. 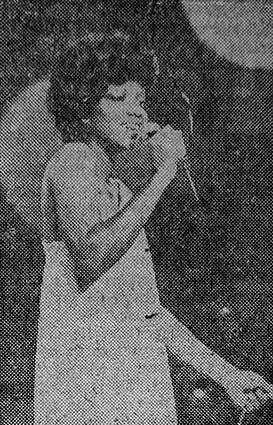 Leonor Zayas received because of her determination: the third sharing position

What meant the experience to go from the choir to be a soloist?

There’s a difference, when you work alone, there’s plenty of requirement, you have to create a projection yourself that convinces to be in front of the different audiences. On the other hand, the choir has also its advantages, because it helps to train you in a melodic way, you listen to many melodies, different voice registers and that trains you, as a soloist you recognize your personality and make yourself of your own style.

How much did you learn from Isolina Carrillo and what do you think of her as a composer?

To me it was a great experience; she’s the kind of artist who teaches you everything from the sentimental, ethics, aesthetics point of view. She was a teacher, a great figure and I learned many things from her. I was lucky to open Dos Gardenias night club with her, I’ll never forget it. A great pride I have met her, when she saw you were a little tense, she used to say “let’s relax”, and we were both really sympathetic to one another.

I was in the Edition in 1980. It was a lovely experience, a solid base for the future, we worked a lot and I got a lot of affection and care.

There were great professional people in charge of the jury, like María Álvarez Ríos who helped me to keep in my career.

Talk to me a little about your work in Tropicana

Tropicana was a school to me; I received ballet classes as well with Santiago Alfonso, who I admire because he’s a good person. I was there from 9 o’clock, I learned a lot on those days.

What sensation leaves you this Tradicionales de los 50 show…?

This is a magic show in which I have the chance to share with the Cuban music glories, and remember those times in only one night, it’s great.

Could you tell me about some artists that you’ve admired throughout all these years?

Well I can tell you: Omara Portuondo, Rosa Fornés, Celeste Mendoza, Gina León, and Mercedes Valdés. But among all of them there’s one who takes a very special place in my heart, and it’s about Emiliano Salvador, I loved and I always will, rest in peace, I worked with him a lot and I finished giving up before his big professionalism, he was able to transmit an incredible calm.

From the ballad to the guaracha

I have to admit that he first time that I could appreciate Sergio Farías’s work in Tradicionales de los 50 I was surprised and at the same time, I experienced a sincere admiration because of his great ability to unfold himself to the interpretation of the dancing music. Some days after we had this interchange through the e-mail. 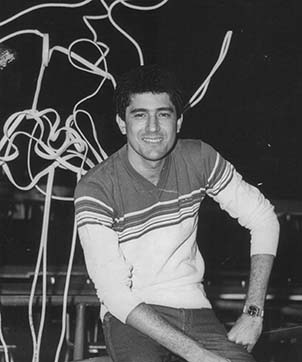 How do you remember your performance in “Todo el mundo canta”, and what impact that moment had in your career as a singer?

Recall “Todo el mundo canta” as dream came true that I shared with my family and friends since I was a kid and it became real with that risky idea to be in that contest. We were a group of youngsters who struggled to reach something we wanted for all our lives, knowing even the risk not to reach it. Besides the jury I never forget, that the audience was the one which took me in their hearts, because I won the jury’s Great Award and the satisfaction to be awarded with the Award of the popularity. This happened in the season of the contest in 1980.

I can tell you that at the awarded night, arriving to my hometown: Regla the token of care and love were amazing, never to forget, the people were euphoric on the street and expressed to feel my success as it was of theirs.

In the show Tradicionales de los 50 you sing musical songs that aren’t usually the ones from your repertoire. How do you prepare yourself for those songs and how much they give to you?

I’m a singer that I have made my name as a song performer, ballad singer, bolero singer… Although I always liked and was interested in singing other forms from the Cuban music and international, that’s why when Roberto Rodríguez Alpízar, our manager, suggested to sing the dancing traditional music as national and international, is when I decided to experience the challenge.

It’s been a matchless experience because our dancing traditional music is very sticky for the whole world. Seeing the audience dance so close to me and with so much happiness, makes me feel with a lot of satisfaction. I reach the conclusion that this journey through different forms of the traditional music has given a real support to my professional career.

What means to you knowing the history of the Cuban music so deeply?

The Cuban music has a great rhythmic richness and its picaresque lyrics have always had an excellence acceptance in Cuba and in the whole world and due to the fact of being Cuban it would be unforgivable not knowing its history and the most valuable exponents, by the way they are many. Cuba has a huge of figures that have gone down to posterity and the youngsters are aware of them today who do a cover version of those pages that have been immortalized.

So I tell you that from our music we learn a lot sharing stage with its big singers and composers, me for example I’ve had the privilege to unite my voice to Omara Portuondo’s, Beatriz Marquez’s and Barbarito Diez’s, among others. I also feel proud being able to defend that music in about 15 countries.

How does last night’s audience influence on Sergio Farías of today’s night?

I feel a big satisfaction to present every night in the show Tradicionales de los 50, one of the shows that gathers a serial of figures of high quality who’ve taken their music to many countries with great success.

To me every presentation night is like it was the first one. The audience has always played a very important role in my work, the jubilant contagion and their phrases of praise always engaged me.  I give so much importance to every detail of my performance: from the outfit to my singing because the outcome I wanted to be is the full satisfaction of the audience, of course; at the end, they make us know through a reward of their applauses.

If you decide to come to Havana, do not forget to visit the Tradicionales de los 50 show, with the best voices of the moment and the themes that made Cuban music famous.