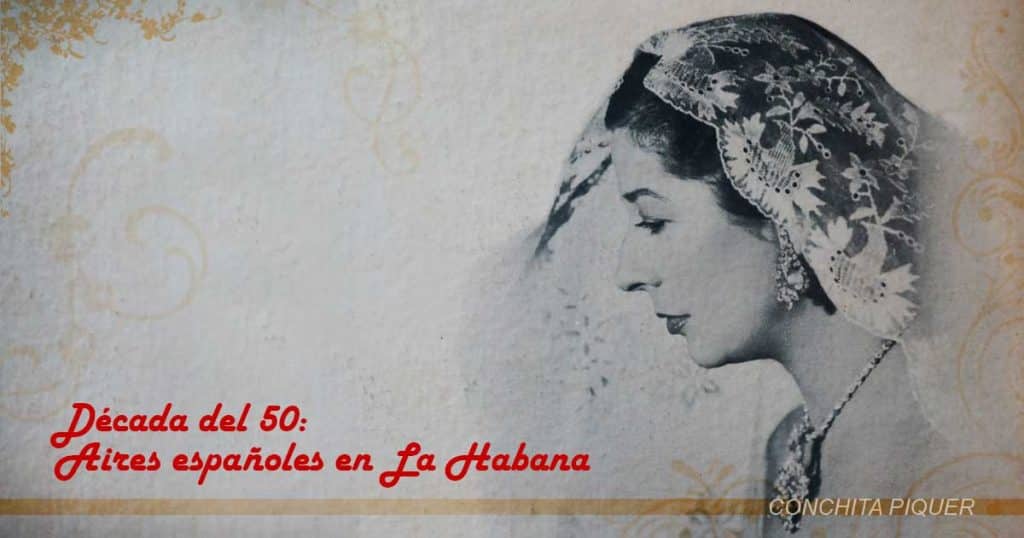 Spanish music has been the queen in the preference of Cubans during some decades and the 50’s wasn’t an exception.

Doing a detailed summary, who were the most outstanding figures is not an easy matter but some names do outstand at the popular preference of those years, some already mythical figures like: Los Chavales and Los Churumbeles from Spain, Juan Legido, Lola Flores and Sarita Montiel, just to mention some.

Los Chavales set their fame more than one occasion and put on top of the dial, songs like “María Dolores”, “Te sigo esperando”, “ Lisboa Antigua”, “Niña Isabel”, “Recuérdame” and its presentations were in theater, cabaret and television.

While Los Chavales were Catalan to compete against them, the Cuban entrepreneur Mario García brought the Maestros Cantores (Singing Masters), made up by other Hispanic nationalities, but under the condition to change their name for the Churumbeles from Spain. So it was done, and the boys were backed up by  Gaspar Pumarejo from Radio Television Union and Amado Trinidad Velasco from RHC, Cadena Azul (Blue TV network).

Its leading voice was Juan Legido, who impacted such a way here that he didn’t delay to leave the band and remain as a soloist. He popularized on the hit parade, songs like “No te puedo querer”, “El Gitano señorón”, name which he’d be identified by his creole fans, “La Virgen de la Macarena”.

Another who left his mark was the singer Miguel Bodegas, who came with the band Casino de Sevilla and turned the record players wildly with his songs: “Amapola”, “Valencia”, “Las Campanas me llaman” and “La Zarzamora”, recorded here by Panart record company, and at the same time his performances were successful in Radio Progreso. 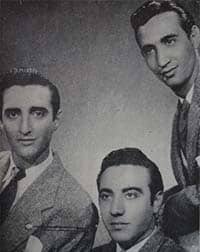 The Spanish “salero” doesn’t leave apart the humor and unforgettable are the performances of Gaby, Fofó and Miliki, who even put up a big top, from his performances in some media and the wildly  acceptance granted.

From the same line and not less important were The Xei (“Los seis” in Basque), among its hits, the always nice “No hay novedad Señora Baronesa”.

Claimed by the musical versions he used to do, the Catalan Xavier Cugat was a box-office hit with his band when he performed in Wagner Theater, where he played “Begin the Beguinning”, “Dance Parade de Cugart”, “Tropical Bouquet”, so as versions of rumbas and Cuban congas that even musicians didn’t play so well.

Another song that the experts didn’t take but the audience accepted with enthusiasm was “El hijo de nadie”, by the Niño de Utrera. He, together with his wife Trini Moren, were the Spanish who lived in Buenos Aires, Argentina. His presentation in Cuba was backed up by the RCA Victor record company.

La Moren, author of the text, defended her writing stating that “flamenco song was going far away from the pure traditional to reach the Spanish audience” and set as example, songs like “La bien paga”, “Ojos verdes” and “La Zarzamora”.

Interesting is the projection on our island of Miguel Herrero, who came accompanied along with his wife, the dancer Carmen Vázquez, who new started here “La bien paga” and other of her songs: “Ni hablar del peluquín”, which became into a popular phrase used in daily conversation. Herrero was presented as the biggest figure of the song from Andalusia.

The Flemish singer Ángel Sampedro Montero is included in the varied constellation of Spanish artists who visited us and left their legacy throughout these lands with songs like “Castillito de Arena”, “La luna enamorá” and “Con un pañuelito blanco”.

In 1946, Conchita Piquer from Valencia succeeded on the Cuban stages and in the decade of the 50’s, she repeated her trip to the island and in this occasion she repeated laurels and for the first time she performed on television in the star programs De fiesta con Bacardí and Cabaret, Regalías el Cuño. On her stays in Cuba, she hit with songs like “Ojos Verdes”, “No te mires en el río”, “Lola Puñales”, “La Manola del Caramba”, “Quiero un pañuelito”. (To be continued…)