American artists in Cuba. The six most influential visits from the centuries XX and XXI 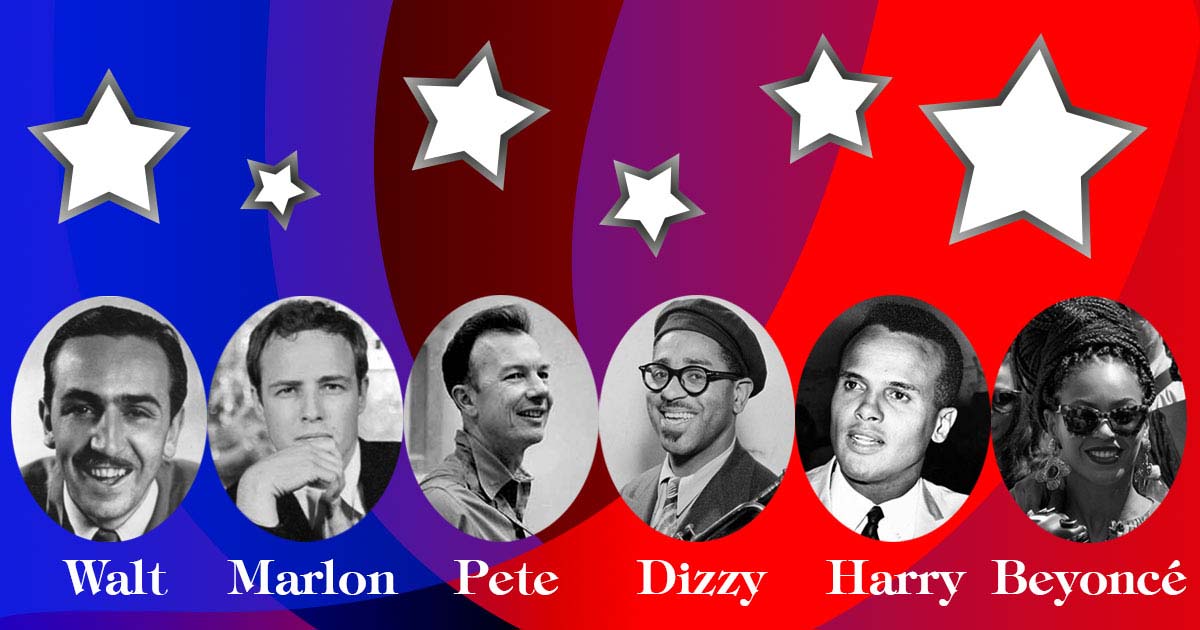 Havana in the first half of the XX century set up as a mecca for intellectuals and artists from the most diverse geographies. The ones of Spanish language had the visit goal, the fulfillment of job contracts in theaters and Cuban radio stations, the Americans used to go on vacation mainly, to promote their films, or simply to interchange experiences and to widen the cultural horizons. In this work we set as your consideration the six according to our point of view, of more impact, just because of the repercussion in the Cuban society of those times or the social and political matter in which they were developed, al of them have a common meaning: love for music and mainly the Cuban one. 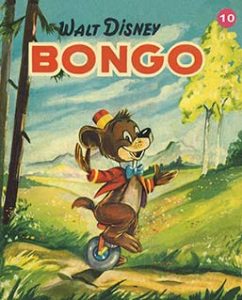 Bongo, the character made by Disney after he visited Cuba

It’s been only four years before this date that Walt had created the most popular of his animated cartoons, Mickey Mouse, or in his Spanish version, the mouse Miguelito. After months of uninterrupted works, of founding projects and observing how his enterprise was getting big, the artist decides to make a relaxing tour to Havana, after leaving Florida. He chose as a lodge, the emblematic National Hotel of Cuba, opened recently in those times and with a huge prestige.

Today the management of the hotel has baptized some rooms with the name of visitors who stayed in, this is the case of number 445 which is named Walt Disney.

This visit had a great impact, and this was the violation in charge of the management of this hotel for a short period of time, having access to the facilities of this place by colored people. Disney, an enthusiastic of the Caribbean rhythms and mainly Cubans was so willing to listen to good traditional music, a band properly made, and full of virtuous bongo and drum players. And it’s only possible, as it’s known, with the contest of the drum players by right, the humble Negroes of the neighborhood, members of the most prestigious bands at that time.

Being so impressed by the fast rhythm of rumbas and congas, Disney introduced in many of his films made after his trip to Havana, the music that he listened and recorded in the Cuban capital, besides creating the Bongo character, a mere reference of his visit.

Marlon Brando, rashed and from rumba in rumba, 1956 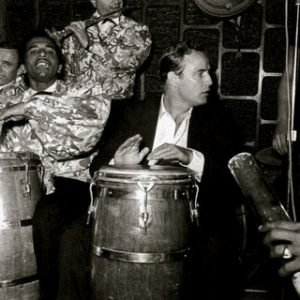 He came to Havana and did it incognito, “Mr. Baker”, he wrote in the guest book, today in ruins, The Packard Hotel. But without the need of Internet, Facebook or Instagram, journalists and followers managed themselves to discover him in one of his Havana big parties. He loved the cabarets of the beach, go and see play Chori, and the people around him were real common ones, because he didn’t stand the bourgeois behavior of the high class society.

One day he said: «I just love tumbadoras», and went to buy the percussion instrument, that cost the outrageous price of 90.00 pesos, money, differently from others, he could afford. He always made himself understood that he was in Cuba because of its music, to listen to it from a live source. However he was so jealous that the photos taken were published in exclusive in the Cuban media press. He said that in The States, they would understand his attitude as an eccentricity. But Brando’s rumba didn’t finish in Chori’s show, it was also in The Panchin, the Pennsylvania, the Sans Souci…he was 32 and he was already awarded with his first Oscar.

It was in a summer camp where a Cuban told him to learn music and verses of a known Cuban song, the Guantanamera by Joseito Fernandez, which the musician Julian Orbon had introduced the Cubans’ most universal verses, the hero Jose Marti. And in this way Pete took the music that he popularized throughout the world home and also the taste for the work of the Cuban independence apostle. He sang it so many times, that Joseito Fernandez and him had to reach a copyright agreement, matter resolved without big complications by both sides.

We believe that the presence of Seeger in Cuba, in the middle of a brutal confrontation in times of the cold war after his second visit in 1971, it was a clear demonstration of how the countries can get close if for a second the political disagreements are forgotten and the cultural values take precedence over the differences.

Dizzy Gillespie and the ways of jazz, 1977

Chano (Pozo) or Charlie (Parker) was no longer in existence and he was already 60. However when it seemed that in Cuba live performances of the old trumpet player weren’t longer enjoyable, fate in a way of Cuba-USA jazz interchange, (a horseback riding luck between the touristic and musical), permitted living some intense days of the lovers of this form in Havana, as a matter of fact, they’re not a few.

Unforgettable was the night that not only Gillespie, even figures like Stan Getz, Jo Anne Bracken, David Amram, Earl Hines and Ry Cooder (after a few years, one of the biggest driving forces of the Buena Vista Social Club projects of the Cuban traditional music), among others, tunes instruments and voices to play along with Chucho Valdes and Irakere band. The spectators called up at Mella Theater, the event head office, say that the figure of Chano drum player, mainly his musical song “Manteca” was the excuse chosen for more than half an hour to bring and take voices and wonderful improvisations, showing why the Dizzy-Chano link was definite to shape the new Jazz critics in the second half of 1940.

As a matter of fact, the first visit to Cuba of the American showman was in 1976, accompanied with another big actor, Sidney Poitier.

But the year when he did whatever he wanted was the unforgettable 1980, marked by the break of families and massive exodus in the Caribbean country. Harry was a defined admirer of Cuba and Cubans and he didn’t care so much what the American establishment said about his multiple visits to Cuba. Karl Marx Theater, total sold out. The ones who were there said that it was colorful and full of Latin and Caribbean songs, mixed with American rhythms. The production included his unforgettable hits: Banana boat, Taxi cab, Pastures of plenty, Streets of London and How long have you been blind? among others.

Beyoncé Knowles, the most important success in Havana in 2013 and the beginning of a longed-for end 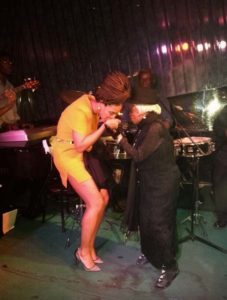 At the beginning of April, 2013, only a phrase was heard on Havana streets: Did you see Beyoncé? The singer and mega star of the American show business came together with her husband the rap player Jay-Z, determined to take as possible the caring impertinences of thousands of fans off his better half grouped around The Saratoga Hotel in the Cuban capital. The couple came to enjoy a “private” trip to celebrate their fifth wedding anniversary.

Here she visited schools of music, community artistic projects like The Colmenita, she was in of the oldest nightclubs of Havana like the Gato Tuerto, where she admired and (for everybody’s surprise who was there) kissed the unstoppable Juana Bacallao’s hand. She tasted typical Cuban food and even she danced music, made in Cuba the night in which the salsa and timba woman Haila Maria Mompie sang for her in a surprise party. Definitely, she danced to death a lot. After she and her splendid husband, back to The States had to stand the criticisms of some characters like the Cuban-American Pitbull who showed his real disagreement with the visit to Cuba. Who would say to everyone that in a year and 8 months after, the opening between Cuba and The States begin? Just after Beyoncé and Jay-Z’s visit to Havana has the splendor for the coming events.